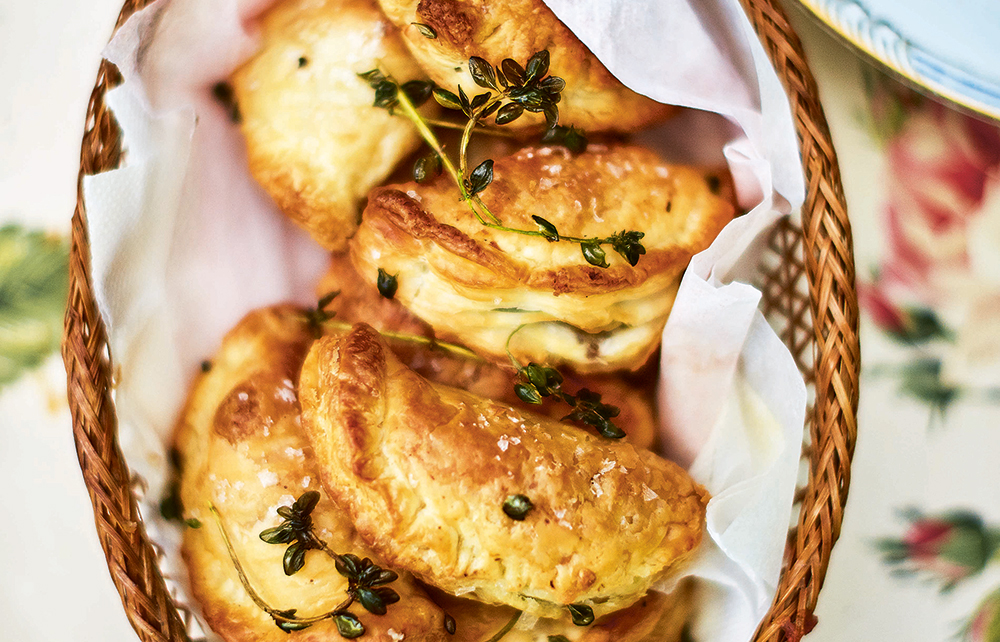 The revolving doors of the 1990s restaurant scene saw a cast of great characters, sadly in decline. One of the greatest champions of the so-called “modern British” movement, Terence Conran, is gone; we lost Alastair Little and Andrew Edmunds, and only last month Joyce Molyneux, from Carved Angel. Who? What? If you’ve never eaten at the restaurant on Little’s Frith Street, tasted Simon Hopkinson’s delights in Bibendum or walked through the doors of Rowley Leigh’s Kensington Place, you’ll wonder what I’m talking about.

Call it a movement, a style – it laid the foundation for everything good to eat in Britain today: the best ingredients, the freshest, the most carefully selected, cooked simply. We’re so used to finding seasonal food in pubs and high street restaurants that it’s easy to forget that in the early 1990s there were only about four decent restaurants in London. These modern British chefs changed their menus frequently, even daily, and had produce delivered directly from farmers, fishermen and walled gardens. They nodded to Mediterranean ingredients and read Elizabeth David. They were more relaxed than those chasing Michelin stars and often cooked in full view of their customers. And they tended to wear a commis chef’s apron rather than chef’s whites. One of their greatest accomplishments was to (almost) end the French sneer.

It is therefore possible that Jeremy Lee Cook simply and well, for one or more (Fourth Estate, £30) is perhaps the last truly ‘modern British’ cookbook. Lee is the head chef at Quo Vadis in Soho and was previously Conran’s favorite, cooking at the Blueprint Café for 16 years. His smoked eel sandwich is on the menu at Quo Vadis every day. It also appears in this beautiful book, a book for serious cooks to collect as well as a great read, with recipes (mostly simple) that are right at home in a home, so to speak. Don’t be alarmed by instructions such as using strawberries that didn’t rain the night before. He teases you.

If Lee is a relative of Britain’s finest food, Angela Hartnett is one of his offspring. Yes, she has won many stars, but she has a lot of experience in home cooking, having Italian grandparents. The weekend cook: Good food for real life (Bloomsbury, £26) is the very useful book I dreamed she would write. It’s as much a love letter to her neighbors, friends, and most importantly, her husband, as it is a terrific collection of recipes for the non-cooker food they eat together. You can trust Hartnett’s Scotch Egg Method as much as his gnocchi and floating islands.

On the Himalayan Trail by Romy Gill (Hardie Grant, £27) has the essential “by gosh!” factor. We may think we know everything there is to know about South Asian cuisine, but here we discover the cuisine of Kashmir and Ladakh in a real gastronomic travelogue that describes the regional cuisine of remote places and tells a story passionately and visually. The meat recipes are perfect for the moment: pan-fried lamb chops with spices, lamb in milk, meatballs stuffed with apricots, chicken cooked in yogurt, all the comforts of an austere autumn.

Like butter, which is celebrated by The viewer’s food writer Olivia Potts in Butter: a party (Title, £26). This year, the price of butter has risen alarmingly, prompting a slew of articles suggesting it’s cheaper to make your own. I wrote one, and it does – but only if you do it with the cheapest cream. It’s actually a lovely, easy-to-do process, and Potts gives various homemade butter recipes, including one made with a combination of cream and crème fraîche, which I find is the best for baking. Her Hollandaise recipe is a triumph, as close to fail-safe as it gets for this delicate sauce; and there are other delights, like the dal makhani and the magnificent monte cristos – fried sandwiches that combine French toast with croque monsieur.

In a year when families are said to be afraid to use their ovens due to high energy costs, Catherine Phipps’s Modern Pressure Cooking (Hardie Grant, £26) couldn’t be timed better. My mother-in-law had a pressure cooker, and we were terrified of her noisy jigging, and equally horrified by the gray cabbage lingering inside. But when you realize that you can save three-fifths on the cooking time of a beef stew, for example, the pressure cooker becomes relevant again. Phipps’ advice on how to use an electric correctly is gratifyingly authoritative – the skill is to cook quickly without burning. And there’s more to pressure cooking than oxtail stew. Recipes here include pasta and rice dishes, black bean tacos, stuffed peppers, and roasted eggplant with miso and honey. It is a new generation kitchen, which is really worth it.

“Nistisima” means “Lent”, referring to fasting food in the Greek Orthodox Church. But at Georgina Hayden Nistisima: the secret to delicious vegan cuisine from the Mediterranean and beyond (Bloomsbury, £26) This is ‘accidental’ vegan cooking, ideal for plant-only eaters and a back-up remedy for those who want to feed vegan friends with meals they’d be happy to eat themselves. In other words, no meat imitation; just good food that happens to be made from plants. Hayden – who has Greek heritage, claims to adhere to fasting days and remembers her family using almond milk before it was fashionable – has unearthed a host of delicious plant-based Mediterranean recipes.

Dishes we have long taken for granted are explored in A brief history of pasta: the Italian cuisine that shaped the world by food historian Luca Cesari (Profile Books, £16.99). The journey to our concept of spaghetti bolognese or lasagna, for example, is told as a slowly evolving chronicle, backed by documentation and great research. Many pasta recipes that have become legendary aren’t actually widely eaten in Italy, but are the brainchild of nostalgic migrants – especially American classics such as fettuccine Alfredo, with its creamy cheese sauce, originally invented in a Roman restaurant populated by celebrities. And of course, pre-modern Britons believed that spaghetti bolognese was an authentic Italian dish. It’s not: spaghetti is pasta from the south, while meat sauces tend to come from the north. But we are now so knowledgeable about food culture that to see the words “spaghetti bolognese” on a menu today has become almost offensive.