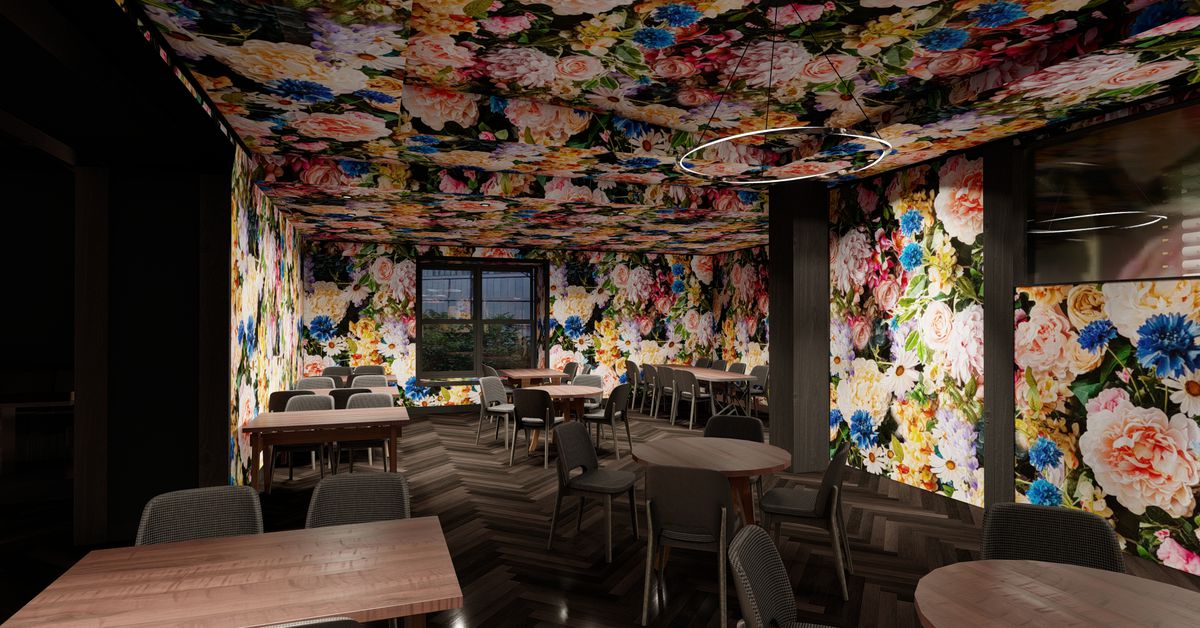 Chicago, like the rest of the world, asks … what now? Spring and summer have given hope with the lifting of COVID-19 restrictions and the promise of vaccinations. The restaurants and bars in town were packed.

Then the other shoe fell off – not enough people protected themselves and the vulnerable. The unvaccinated helped the disease spread with the help of the more contagious delta variant.

The city backed down and reinstated its indoor mask mandate in August. It affected restaurants with more people staying at home. The labor shortage adds further complications. The workforce wants better wages. Some restaurateurs are listening and increasing their services. Privately, others are hoping for a return to the pre-pandemic world – they are banking on workers returning to work this fall and winter.

Beyond slower service, restaurants do not have enough staff to open new projects. The opening dates, always subject to change, are moving back more and more frequently. The situation is much sunnier than it was in January, but some of the positive momentum at the start of the year has been dampened.

Still, the Chicago restaurant scene has several reasons to be optimistic this season. Restaurant owners want to launch their delayed projects before the holidays, so there is a new sense of urgency to avoid a winter opening. So put down those pumpkin and spice lattes and read Eater Chicago’s most anticipated restaurant openings for fall.

Aman is a South Asian restaurant with fast, casual and fine dining components from Zubair Mohajir, the chef behind the Wazwan food stand and virtual restaurant. Diners can expect American dishes with Indian touches like halal burgers and fried chicken during the day. At night, Mohajir wants to make more composed dishes, reminiscent of his gourmet pop-up series, including a tasty lamb nihari momo. Construction delays pushed back the opening. As Mohajir tries to get the project back on track, he appears in Wicker Park in the former Mana Food Bar space, 1742 W. Division Street. There is still hope for Aman’s fall opening date. In the meantime, the Division Street space will also host pop-ups from some of Chicago’s most popular chefs. Details will be released at a later date.

Signage is at the northwest corner of Sheffield and Armitage. Hogsalt hasn’t talked much about this laid-back gourmet pub located near DePaul University’s main campus. Brendan Sodikoff said the understaffing delayed the opening. Hogsalt restaurants (Au Cheval, Green Street Smoked Meats, Bavette’s, Trivoli Tavern) have many following, so any of their openings are sure to attract interest. Hogsalt is hoping Armitage Ale House opens by October, but keep an eye out as the company is known to launch new restaurants under the radar without much fanfare.

The owners and operators of Rooh, a successful Indian restaurant on Randolph Street, Chicago, are downsizing a bit with the opening of their second restaurant. The Goa Bar, as the name suggests, is more intimate and cocktail-focused, with Goa street food suited to an American bar (items like semolina-crusted fish and chips and green pea hummus with chorizo). The Mallicks have taken over the old Slurping Turtle space and are planning a September 29 opening. It’s more causal than Rooh; music will play a bigger role and there is a tropical beach vibe. Rina Mallick came up with this concept with the intention of opening other sites. She and her husband may soon have an announcement for a second edition of Bar Goa in Chicago. Stay tuned.

Bronzeville continues to generate interest from locals who believe the neighborhood is a good place to start businesses that can serve South Side residents. There is a particular void for black-owned businesses, and Bronzeville Winery is hoping to help. This is an upscale wine bar and restaurant with a chef counter from a group of owners that includes Silver Room owner Eric Williams (not to be confused with Virtue Chef Erick Williams). They are about to appoint a new chef for the project and hope to open in mid-October.

Chef Matt Troost opened Good Measure in River North and the venerable (and now closed) Three Aces on Taylor Street in Little Italy. He is now considering two spaces across from each other in Humboldt Park to launch a new group of restaurants. The Clipper is a historic dive bar with live music that has undergone some ownership changes (most recently Hogsalt). The new owner wants to keep it simple with classic cocktails and a Suntory Toki highball. Troost says there will be food served at the bar but was reluctant to share details.

As for the second space, the former Café Marie-Jeanne, Troost transforms it into an Italian restaurant “where you can bring your mother” or a date. Finally, they will add a weekend brunch service. Replacing CMJ, he has giant shoes to fill. Time will tell if Troost and his company can keep up the good vibes created by the former tenant, one of Chicago’s most beloved neighborhood restaurants. Both concepts are recruiting.

Kevin Kelley is a businessman and lawyer who operates a popular Dallas restaurant. Its second location will open in early October in River North. The restaurant promises a trendy design where diners will want to be seen and photographed. The menu centers on comfort food with fun twists, such as Hennessy icings, a large selection of chicken and waffles, and over-the-top cocktails. Downtown Chicago has not been welcoming to black-owned businesses, so Kelley’s investment is a big deal. The restaurant could shatter a glass ceiling by convincing homeowners and city officials to remove barriers that block opportunities for black entrepreneurs. This is the former Benny’s Chop House space and reservations are open for an October start.

Jonathan Zaragoza, the chef whose family ran one of the city’s most notable restaurants – Birrieria Zaragoza in Archer Heights – has a new project that offers tacos and classic Mexico City dishes. This is a solo effort for the chef who had a pop-up in Hyde Park (El Oso). Zaragoza hasn’t talked much about its plans at Logan Square, but now says there will be a “great neighborhood vibe with an emphasis on everything CDMX” including agave spirits and cocktails . This is one of the most intriguing openings of the season.

Urbanspace is a New York food hall operator with plans for two locations in Chicago. They’ll be importing a few food stalls from their locations on the east coast (most notable is Roberta’s Pizza, a trendy pizza place surrounded by shipping containers in Brooklyn with homemade thin crusts). The Chicago location will feature two takeovers: Isla Pilipina and Edzo’s, two restaurants that haven’t had locations in town for years. The general manager of both establishments is Gabriella Lenzi Littleton (her family owns the Gene & Georgetti steakhouse). This is the city’s first new food hall to open since the pandemic. The stalls will give downtown workers a whole new lunch option when they return to the office towers. There’s also a happy hour bar, a ritual many observed after work before March 2021. A second Urbanspace location, inside the Willis Tower, is slated to open in winter 2022.

Chicago’s most infamous hot dog stand has been dark since December. Then news broke that the hot dog stand was going to get a makeover. For passers-by on Clark Street, it’s still business up front with the familiar facade and signage. The same atmosphere where customers and workers engage in enchanting nocturnal exchanges with insults will remain intact. However, there is a party at the back of the hall which is being remodeled to include an 800 square foot patio where alcoholic beverages will be served in a space that was once reserved for cars. The opening was postponed due to delta and supply chain issues. The property is hoping for a larger update soon. Beyond the classic Chicago dogs and chips, look for alcoholic milkshakes and other newer items. Beginning of October is the last ETA.

The windows are plastered, but this restaurant, a spin-off of a Las Vegas restaurant, is finally coming to Chicago, reps say. It’s a predominantly Chinese restaurant that promises an immersive experience with art screenings, music, and robotic waiters making the food stand out. The X Pot is expected to open by the end of September. They will serve a $ 155 tasting menu for dinner that includes fondue selections and A5 wagyu. The lunch option is $ 68. There is also an a la carte bar menu that mixes Japanese, Korean and Sichuan selections. Look for a September 22 opening date at the Lake of the Roosevelt Collection Development.