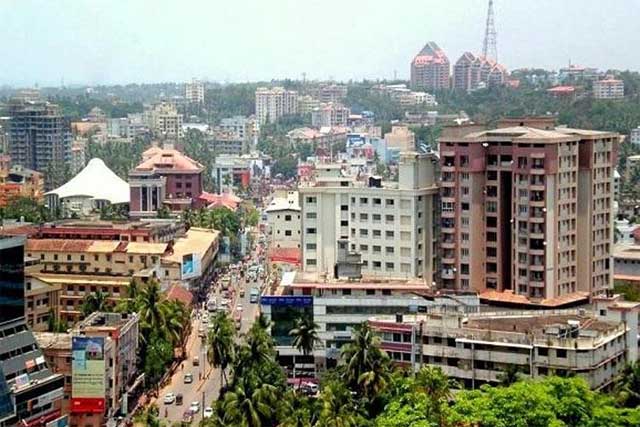 “Kudla”: the eternal land of uniqueness

“Kudla” to me has always been something like a sprawling land of coconut trees swaying in the cool summer breeze and wild swaying in the pouring rain on a perfect monsoon day. The city is one of a kind with indigenous and historically codified ways of life that can be understood by simply looking/seeing the Mangalurean. It is probably the only place on earth where every community/race that has interacted with it has called it by a unique name, making it the land of nine names. It is a place where one sees the ubiquity and omnipotence of this diversity in languages, spoken and taste that one has arrived in the golden land of Mangaluru.

It is true that different communities have their own languages, but the language itself was not a barrier between people associating with Mangalurean. Older people tend to look back to “the good old days” when communication was much easier, less complicated, and rarely raised eyebrows. It is not uncommon today for organizations and institutions to apply the rule of kannada only. Of course, it is the state language and anyone who lives in this state should have a working knowledge of the language. The question to be asked here is whether the evolution towards uni-language in communication – official or otherwise creates a bond over unity or does it tear down other languages, other peoples and other races?

Speaking from the heart, the Tulu language is the most acceptable but often ridiculed, probably because it is not taught in the school curriculum. Why is Tulu, one of the oldest Dravidian languages ​​second only to Tamil, banned and often ridiculed when as adults it is our only identity when outside of Mangaluru? Although in Kudla, each community speaks different languages, be it Konkani, Beary or Tulu, only Tulu is accepted as a common language. Yet it is considered “course” and “rude” or “just plain” or “uneducated”.

Parents today speak to their children in Kannada so that their children will learn the language used in government offices, help them with education, and likely find employment when they grow up. They believe they are doing it in the best interests of their children. As things stand, Kannada has become the first language in schools for children in Mangaluru and South Kanara. Knowing and loving Kannada should not be ignored. It must be integrated into the multilingual indigenous languages ​​of Mangaluru and be part of our cultural identity without one language being considered superior and the other as subsistent.

Let’s have a look at Kudla or Kodial as Mangaluru is known in Tulu and Konkani languages ​​respectively. The culture of this land is the uniqueness of our individuality and the collectivism of our existence. One of the best examples we could take is the banking sector. South Kanara is the cradle of banking civilization. Each community had its own bank. The Hindus had the ‘Canara Hindu Permanent Fund’. The Muslims had the “Canara Banking Corporation” and the Konkani speaking GSB community had the “Canara Industrial and Banking Syndicate”. However, people from all communities had bank accounts in any of the banks. The common point of these names of these banks is the word Canara. Just like children of the same parents have their own names but the common surname or sir name. However today two of these banks have been merged with other banks and the only Canara Bank is headquartered in Bangalore.

Looking at this situation, it may seem absurd that we enforce the one language rule among our children. Linguistic diversity must be maintained. It would be hard to unknowingly destroy our language and our rich heritage, because language is an integral part of our cultural identity.

Certainly, our young generation should not be deprived of the pleasure of being born and brought up in a country with diversified languages ​​which is perhaps the particularity of our rich cultural heritage. A sense of being unique and at the same time belonging to the rich philosophy of unity. When we pronounce Mangaluru, we must stress M – for both Mother and Mangaluru. We have a long way to go to move towards acceptance and appreciation of all our languages. I don’t think there is an alternative.