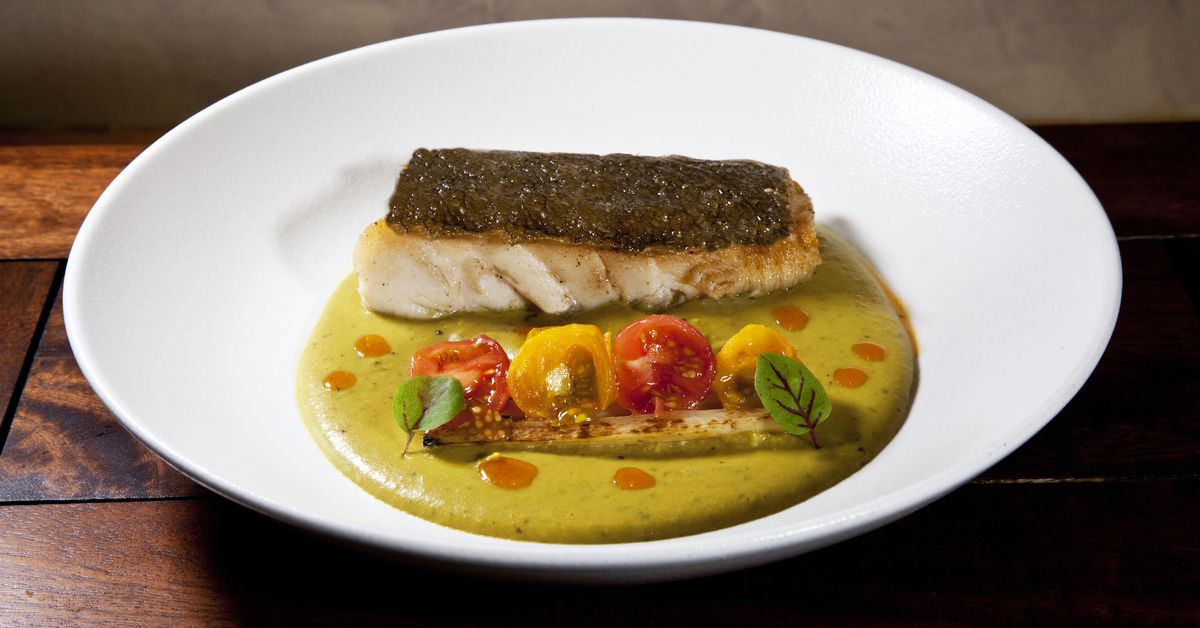 When the groundbreaking Junoon opened in 2010, Chef Akshay Bhardwaj recalled how customers at his father’s gourmet Indian restaurant started ordering samosas and chicken tikka masala without even looking at the menu. But Junoon’s efforts to push aside preconceived notions of Indian cuisine – that it’s just take-out, always spicy, or that it should be affordable, he says – quickly gained the respect of diners. -Yorkis and Michelin stars followed.

Since its closure during the pandemic, Junoon reopens on June 29 in a new space at 19 West 24th Street, a few doors down from its original location in the Flatiron District. This time around, the pioneering Indian restaurant is expanding its reputation as an elegant dining destination with an extensive wine program and top-notch cocktails. The space is more intimate with fewer tables and it’s no longer a tasting-only menu experience with formal service.

â€œTrends have changed over the past decade,â€ says Bhardwaj. â€œIndian chefs are creative and daring. We take risks that didn’t happen before.

Junoon’s reopening comes at a time when New York’s Indian restaurants have gained attention like never before. Critics across town have given Dhamaka rave reviews to Essex Market for its menu focused on regional dishes from the subcontinent. More recently, Pete Wells has dedicated valuable real estate in a New York Times see again for Sona, where celebrity Priyanka Chopra Jonas helped catapult the glowing opening as a creative consultant. But almost ten years ago, it was Junoon – one of the first Indian restaurants in the United States to achieve a Michelin star, which he retained for eight years – who paved the way for these new Indian restaurants. to success.

â€œFor a long time it was the institution, â€says Chintan Pandya, the chief and co-owner of Dhamaka, who worked in Junoon for about a year. â€œIt was iconic. Indians all over the food world admired it.

The new Junoon has a main dining room with 42 seats and a pastry counter where pastry chef Gustavo Tzoc prepares all of the restaurant’s desserts. A front room with a marble bar has 29 seats and a market area selling spices, teas and chocolates.

Bhardwaj, who is 28 and started cooking at the restaurant in his early 20s, says about 40 percent of the menu consists of classic Junoon dishes, such as the decadent tellicherry duck ($ 40). Another favorite includes the ghost chile murgh tikka ($ 22), a fiery recipe for tandoor chicken thighs nestled in a ramp mousse with pistachio crumble and grape chutney.

Among the novelties is the tandoori octopus ($ 24), where the tentacles marinate in different spices and cook for three hours at a low temperature. The dish is served with a red pepper aioli and candied fingerling potatoes.

For those keen to experience Junoon’s more lavish offerings, there will be a seven-course tasting menu ($ 115 per person), which includes dishes not available a la carte. A shorter, three-course prix fixe menu – a starter, a main course, and a dessert – costs $ 85.

Junoon’s roots go back to Cafe Spice, a chain of small restaurants that Bhardwaj’s father, Rajesh Bhardwaj, founded in 1997, long before the current golden age of Indian cuisine. The menu there served dishes Americans know best about Indian cuisine and eventually expanded to a dozen places. The elder Bhardwaj opened the opulent Junoon even as Cafe Spice expanded into quick casual operations and packaged meals sold in supermarkets across the country.

â€œWe’ve always wanted to stay true to cooking, but keep opening doors and pushing boundaries,â€ says Bhardwaj. “We are not trying to play it safe.”

See the tunnels under the Colosseum in Rome, where gladiators prepared for battle, open to the public for the first time

What is women’s health? It’s more than you think