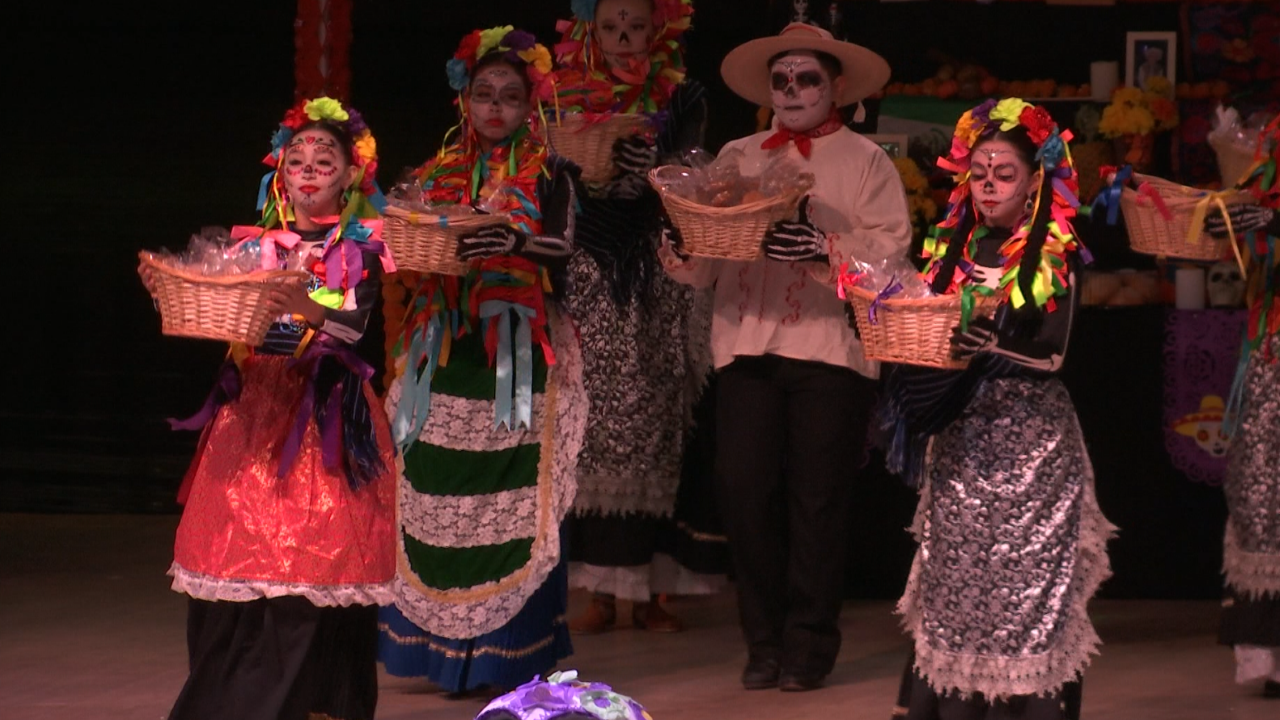 â€œWe think it’s as important as the Hispanic Heritage Committee because it’s a holiday that transcends all races. Everyone loses a loved one and so it feels like it’s something everyone can figure out. We want to honor and celebrate the lives of those who are gone and whom we love so much, â€said Suzanna Valenzuela, vice president of the Hispanic Heritage Museum and Cultural Center.

Participants were also invited to bring keepsakes representing family members to the ultra community and participate in a procession through Celebration Bridge with over 200 people in Dia de los Muertos attire. Mexico 2000 Ballet Folklorico, The Project Band and Grupo Evoluzion also performed throughout the festivities.

Jennifer Gloria, a participant in all the festivities, shares with us why Dia de Los Muertos is so important to her.

â€œIt’s a way of remembering my father. He passed away almost six years ago and I miss him very much. So I love DÃ­a de Los Muertos because it gives me a day to really honor him, â€said Gloria.

The entire event was free to the public, but donations from sponsors will be used to keep the Hispanic culture alive in San Angelo.

All of the proceeds go towards the creation of the first Hispanic Heritage Museum in San Angelo, so even though all the events were free we had tons of sponsors that we really appreciate, â€said Valenzuela. “We just wanted the community to come and learn more about DÃ­a de Los Muertos, have a good time, and we really feel like that happened today.”