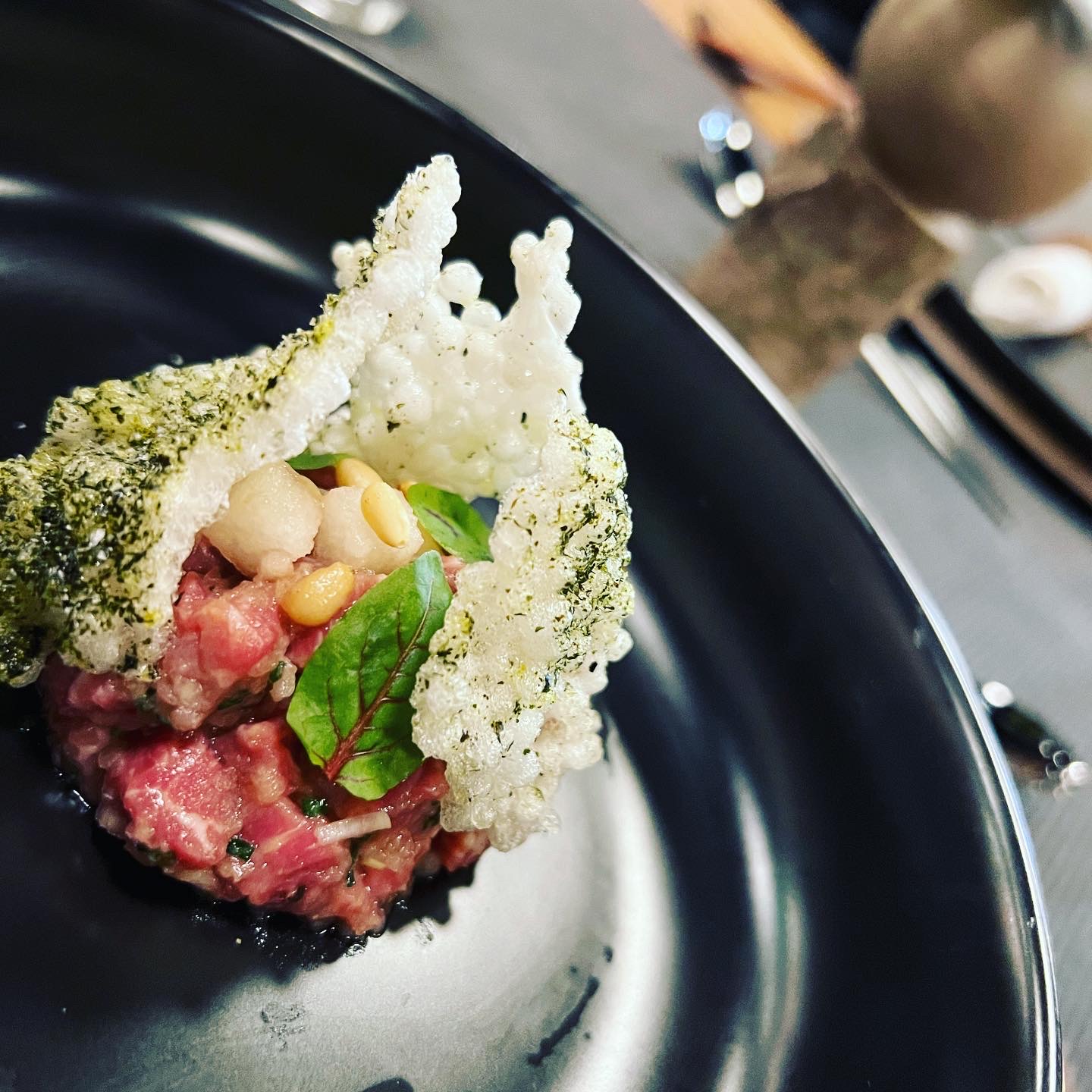 The Japanese Cultural Center of Los Angeles would like to invite you to its new series of events that gives attendees a taste of culinary masterpieces with new chefs at the helm each week.

This new event is officially hosted by Little Tokyo’s first TikTok ‘Rising Chef Series’ x JACCC. Yes, you can finally taste the food from your favorite TikTok star chefs as they bring to life those recipes you scrolled through at 2 a.m.

We had the pleasure of attending Chef Kevin Lee’s tasting which was breathtaking to say the least. The dishes were all Korean with a touch of Italian and French flavors, as he integrated his culinary training perfectly with his roots. The result? A feast for the taste buds.

The Japanese Cultural Center of Los Angeles has kept a big secret from all of us. As we entered the event, a locked gate (which will hopefully soon be open to the public) was opened as we were ushered into the most wonderful traditional Japanese garden. Yes! Right in the middle of dtla there is a beautiful Japanese garden that transports you. We felt like we had entered the secret garden and left Los Angeles for a mountain getaway. Following the path of quaint wooden bridges and pretty waterfalls that fill the garden stream, it opened up to an event space where we were greeted with a welcome cocktail.

The charming bartenders concocted a Japanese vodka martini with a hint of bitters to start the evening experience.

Chef Kevin Lee kicked off our dining experience with a delicious beef tartare that paired tapioca chips with pine nuts and an Asian pear. The combination of flavors created a rich, layered tasting experience that let each bite create its own flavor story. As a result, the flavors have both blended and separated to truly leave you with an impressionable first course.

Not believing the beef tartare could be topped, it was. The Hwe Dup Bap was such an amazing layering of ingredients that we had a hard time not asking the servers for a second helping. Each layer contained a nice surprise. From the sushi rice to the caviar hidden in its layers, to the perfectly gooey egg yolk that turns into sauce as you go through the tuna and salmon roe. The resulting mixture created our favorite meal of the night. The only downside was that there was no doogie bag to take home. 100% wouldn’t have bypassed a second serving.

This dish was accompanied by a daikon infused gin, which was a refreshing tonic as we moved from beef to seafood.

Our third course was Spicy Dungeoness Crab Pasta. The combination of Korean and Italian cuisine really shone in this dish as the spice of the crab brought out the texture of the bucatini. This dish came with a Haku Martini to which a touch of cucumber had been added to really open up the flavors. It was amazing to go from dish to dish alongside carefully crafted drinks, as each flavor stood out individually. The drink pairings with the food created that ebb and flow of flavors and cleansers that made every dish and cocktail a truly memorable flavor impression.

Now, the dinner’s main event was chef Kevin Lee’s soy-braised beef cheek with beef dashi, spring onions and leek mash. The beef cheek was so delicate it flakes like butter. This experience was only enhanced by pairing it with Hibiki Harmony, a smooth Japanese whiskey that opened up all the flavors of the main course.

Finally, we were absolutely spoiled by the chef when he served a traditional Korean Hotteok pancake alongside a healthy dose of Korean Misugaru ice cream. It was a sweet and nutty dessert that appeased our sweet tooth without going into the overly sweet zone. The hazelnuts in the dessert really helped distinguish the flavors and balance out the sweetness. We could also have done the second round on this beauty.

You can check the culinary events organized by the Japanese Cultural Center here. Chef Kevin Lee’s Culinary Experience is currently sold out, but we still feel it’s important to contact the event source, as demand can often result in a second round. (shh you didn’t hear that from us).