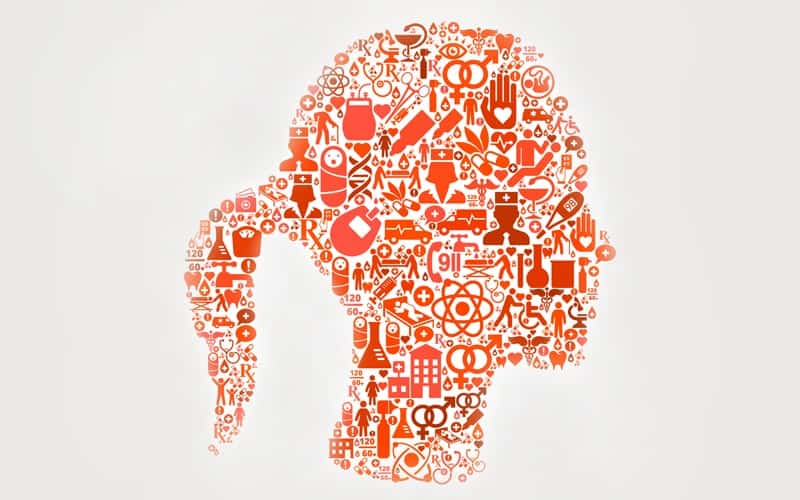 What is women’s health? It’s more than you think

Noncommunicable diseases, or NCDs, are an often overlooked public health threat. NCDs, such as heart disease, cancer and diabetes, are responsible for two in three deaths in women each year and represent the greatest threat to their health and well-being. Women and girls also often bear the indirect burden of NCDs as caregivers of sick family members, limiting their ability to earn a living or learn.

At the same time, NCDs and the behavioral and environmental factors that cause them, including tobacco, alcohol, unhealthy diet and air pollution, are inextricably linked to maternal, sexual and reproductive health. For example, diets low in calcium, obesity, diabetes and high blood pressure increase the risk of developing preeclampsia and eclampsia, the second leading cause of maternal death.

To truly improve the health and well-being of women, we must hold governments accountable for addressing NCDs and their risk factors. Here are some of the main issues.

Cut the tobacco. Every year, 2 million women die from smoking. While smoking rates among men are declining, those among women are increasing. This should come as no surprise, given that the tobacco industry views women as a market growth opportunity and targets them through advertisements that falsely associate tobacco use with the concepts of prestige, beauty and glamor, including understood as a method of weight control. Women account for about two-thirds of second-hand smoke deaths, often because they lack the power to negotiate smoke-free spaces, at work and even in their own homes.

Reducing tobacco use is an urgent women’s health problem and proven solutions. Governments have an arsenal of policy levers to reduce consumption and improve health, including increases in taxes on tobacco products, restrictions on tobacco marketing and bans on smoking in public places.

Fight against air pollution. Poor air quality kills an estimated 6.7 million each year, including 2.3 million lives lost due to household air pollution. Without access to clean fuels and cooking technologies, millions of households depend on traditional stoves and polluting fuels, and smoke poses enormous health risks to women, who are most often responsible for cooking, and their families.

New research is also highlighting how poor air quality adversely affects pregnancy and child development. In a recent study, researchers found that poor air quality contributes to an estimated 350,000 miscarriages in South Asia each year. Researchers from my organization, Vital Strategies, recently published a comprehensive review of the global evidence showing that indoor and home air pollution can increase the risk of prenatal and postnatal growth retardation.

The most effective clean air solutions to promote women’s health will be to catalyze government action to tackle major sources of exposure for women, which includes efforts to promote the use of household energy. clean.

Improve food systems. We are witnessing a global nutritional transition where hunger and obesity often coexist, traditional diets have been displaced, and people are increasingly being pushed towards cheap ultra-processed foods and sugary drinks that saturate the market. Most often, the face of malnutrition is female. Women and girls represent 60% of the world’s food insecure and hungry people, and the majority of overweight and obese people globally. In 2016, 15% of women were obese compared to 11% of men. Obesity, in turn, puts people at a higher risk for diseases, including cardiovascular disease, the leading cause of death worldwide. The risks are aggravated during pregnancy; obesity is associated with almost all pregnancy-related complications, including gestational diabetes and preeclampsia.

There are proven steps governments can take to tackle rising rates of obesity and the levels of disease that accompany them. Eliminating trans fats from the food supply is essential, as is helping people make informed, healthier choices by introducing front-of-package labels that warn shoppers – who are often consumers. women – against items high in salt, sugar and fat.

Count each person. Throughout our lives, vital statistics and registration systems (CRVS) collect data on vital events, including births, deaths, marriages and divorces. At the national level, CRVS systems are essential in helping governments identify and respond to the diseases that wreak havoc in a population. At the individual level, to be counted means so much more. These legal documents can help women and girls claim the rights to which they are entitled. For example, when child marriage is still prevalent, birth certificates provide proof of a girl’s age and can offer protection against early marriage and allow her to complete her education. And marriage certificates are essential in upholding women’s rights to child custody, property and inheritance.

But gender inequality often makes women – and their children – invisible. Globally, some 40% of deaths go unregistered or listed without a clear cause, while a quarter of births to children under 5 go unrecorded. Women are much less likely than men to register their deaths, especially because they are less likely to leave behind financial or material legacies. In addition, stigma towards unmarried women has been found to hamper birth registration.

Investing in strengthening CRVS systems will have a significant effect on gender equality, especially if common barriers to registration that women face, including cost and distance, are identified and removed.

When we hear ‘women’s health’ we should imagine everything from food labels that warn us of hidden and unhealthy ingredients in packaged foods to policies banning smoking in public spaces to birth certificates that allow girls access. to education. For healthier women, we must mobilize behind this more holistic concept of women’s health and address these growing challenges.

About the Author: Christina chang is Executive Vice President and Deputy Managing Director of Vital Strategies, a global public health organization that works to address inequalities and challenges that exist in the global health landscape. Christina has extensive experience in advocating for and expanding access to health care for women. Previously as the External Director of Planned Parenthood New York, Christina oversaw organizational policy and community organizing efforts to protect sexual and reproductive services and information for all women. She also led the advocacy and electoral activities of the PPNYC Action Fund and the PPNYC Votes PAC.

The Ultimate Guide to Mexican BBQ 2021