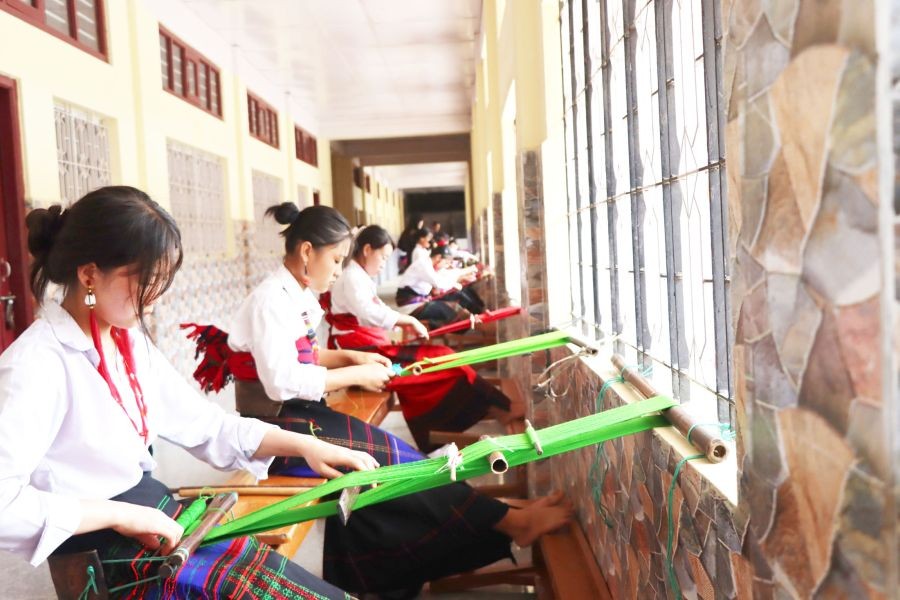 A press release received here said that, mindful of the need to preserve the rich cultural heritage of the Lotha community and promote skills development, the event was organized at the initiative of language teacher, Marcus Humtsoe.

“In this rapidly changing world, students are influenced by Western and foreign culture, which gradually makes young people forget their own culture and identity,” Humtsoe lamented. He encouraged the students to value the rich cultural heritage of the Lothas and pass it down through the generations.

Speaking on the occasion, Rev. Fr. TC Joseph, director of DBHSS Wokha, pointed out that two events including interclass penalty shoot-outs and a cultural program were organized in place of the centenary celebration of the Salesian congregation coming to the northeast of India.

Reverend Father TC Joseph said that students should learn about their culture and also appreciate the good of culture. “Students must not lose their identity with western education and all other imitations of different culture which may lose the values ​​of one’s own culture.”