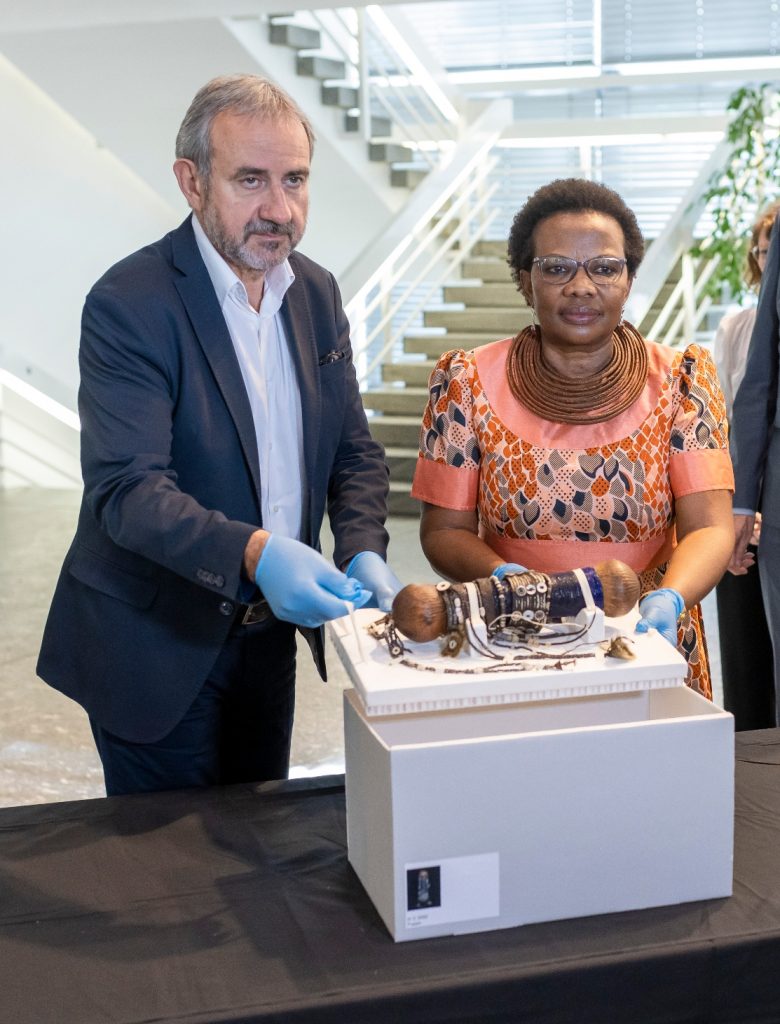 The long-awaited return of artifacts to Namibia and Cameroon from the Ethnological Museum of the National Museums in Berlin has passed its final hurdle.

The museum announced yesterday that the board of trustees of the Prussian Cultural Heritage Foundation, a federal body that oversees the institution, along with 26 other museums and cultural organizations in and around Berlin, authorized the agreements between the president of the SPK, Hermann Parzinger, and the Namibians and Cameroonians. officials.

The collection, which includes everyday artefacts like jewellery, fashion and tools, first returned to Namibia in May as part of “Confronting Colonial Pasts, Envisioning Creative Futures”, a research project with l Association of Museums of Namibia (MAN). Experts from both organizations worked together to establish the provenance and cultural significance of some 1,400 objects. Twenty-three of the most historically significant pieces have been returned to their country of origin for further research.

“We know how important these objects are to Namibia,” Parzinger said in a statement. “These are very old coins, the objects of comparison of which are no longer kept in Namibia even because of the violent colonization. If we restore these objects now, we will help our Namibian partners to rebuild the history of their country.

A years-long negotiation between Germany and Cameroon also ended with an agreement to return an Ngonnso’, a figure representing a mother deity, stolen by colonial officer Curt von Pavel and donated to the Ethnological Museum in 1903.

“The decision makes it clear that the question of the return of collectible material from colonial contexts does not depend solely on a context of injustice,” Parzinger said. “The particular significance, especially spiritual, of an object for the society of origin can also justify a return.

Additionally, the foundation’s board authorized talks between Parzinger and the museum’s partners in Tanzania on the return of a group of artifacts looted during the Maji-Maji Rebellion, an unsuccessful challenge to the occupation. oppressive Germany in 1905. The colonial-era context of the objects was created by a similar collaborative research project, “Tanzania/Germany: Histories of Shared Objects? »

In September, an exhibition examining the stories of the museum’s Tanzanian collection will open at the Humboldt Forum in Berlin. It is set to be followed by a full-scale 2024 show currently under development by the National Museum of Tanzania that will feature the Maji-Maji artifacts. At the end of the exhibition, the artifacts will be repatriated to Tanzania.

Germany has been at the forefront of repatriation efforts that are underway at major institutions in Europe and the United States. Last April, Germany became the first country to announce its intention to return its Benin Bronzes, which are part of a group of thousands of artifacts that were stolen by British troops from the Kingdom of Benin, in the present-day Nigeria, in 1897.