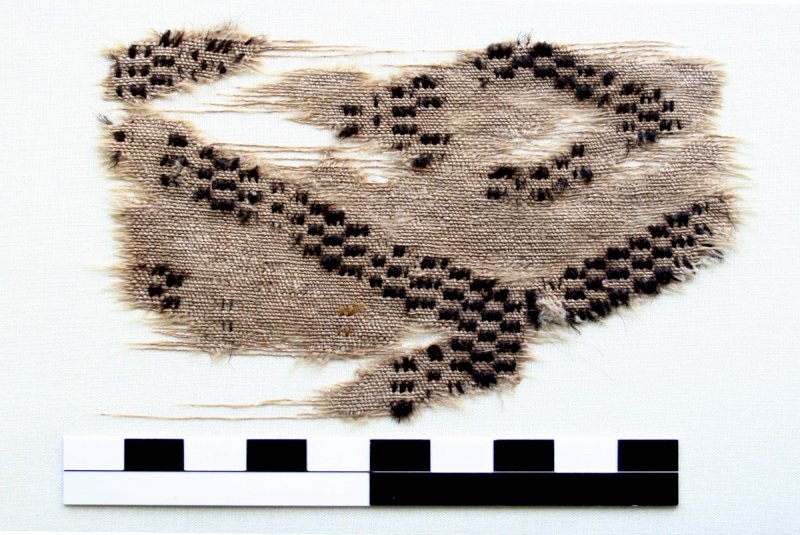 TEHRAN – A total of nine objects belonging to ancient salt workers kept in the Zolfaqari Archaeological Museum have recently been inscribed on the national heritage list.

The Ministry of Cultural Heritage, Tourism and Handicrafts announced the entries on Sunday in a letter to the Governor-General of Northwestern Province, CHTN reported.

Pieces of woolen cloth, a broom and an earthenware bowl were among the properties added to the prestigious list.

In 1993, miners at the Douzlakh salt mine, near the villages of Hamzehli and Chehrabad in Zanjan province, came across a mysterious mummified head, dated to 300 CE. The head was very well preserved, to the point that his pierced ear still held the gold earring. The hair, beard and whiskers were reddish and his impressive leather boot still contained parts of his leg and foot, according to the Encyclopedia of Ancient History.

However, in 2004, miners discovered another “salt man”, which was followed by further excavations and the unearthing of the remains of a human body as well as a large number of wooden artifacts, metal tools, clothing and pottery.

In 2005 a systematic excavation began, three more mummies were excavated and a sixth remained in situ due to a lack of funds for its storage. The context of the remains suggested that a mine collapse had caused the deaths of the miners in question.

The first mummy nicknamed “the salt man” is on display at the National Museum of Iran in Tehran. He still looks very impressive.

This particular “salt cellar” was originally dated based on archaeological material found with it. Later, the mummy was carbon dated, which placed it in 500 CE (1750 BP, i.e. “before present” or 1750 years ago), the peak of the Sasanian Empire. The second “salt man” was carbon dated to 1554 BP, which puts it at the same time as the first “salt man”, the Sasanian era.

The third, fourth and fifth “salt men” were also carbon dated. The third body was dated and placed in 2337 BP, the fourth body in 2301 BP and the fifth mummy was dated in 2286 BP, placing them all in the Achaemenid period.

Saltman No. 5 had tapeworm eggs from Taenia sp. kind in his system. These were identified during the study of his remains. The finding points to the consumption of raw or undercooked meat, and is the first case of this parasite in ancient Iran and the first evidence of ancient intestinal parasites in the region.

Not just another Asian fusion restaurant in Hermosa