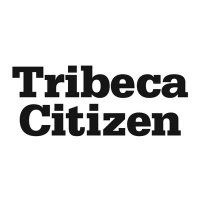 A SLICE OF BROOKLYN AT THE SEAPORT
To find? A. wrote to say that he had been around The Battery and noticed that Di Fara Pizza – only the third outpost of the famous Brooklyn pizzeria founded in Midwood in 1965 – had opened. It is located at 108 South Street, across from Pier 17, and is open Monday through Thursday, 12 p.m. to 9 p.m., and Friday through Sunday, 12 p.m. to 10 p.m. I will get there soon; in the meantime, A. said he had a big slice for $5 and there was outdoor seating and a bar upstairs. (Interesting, non-local Trump reference in Instagram caption, but perhaps not shocking.)

CITY OF WATER DAY THIS WEEKEND
The annual City of Water Day will feature events across the region this Saturday, July 16, with several happenings in the neighborhood: Friends of + Pool will host a pop-up exhibit at Pier 17 as well as walking tours in the area; the Billion Oyster Project will hold events on Governors Island; and worth the trip to Chelsea, New York Outrigger offers Hawaiian six-man paddles from noon to 2 at Pier 66. See more info here.

INDIAN TAKEOVER AT CROWN SHY
On July 11, July 25 and August 8, Crown Shy Culinary Director Jassimran Singh will replace the menu and offer an all-new set menu ($95 per person) featuring the North Indian-inspired food of his childhood. Jassimran was born in New Delhi; his father’s shop was a few doors down from the Daryaganj restaurant, the ancestor of tandoori cuisine and the birthplace of butter chicken. When Jassimran was 19, he moved to Australia where he started his career at Gordon Ramsay’s Maze. About a decade later, he emigrated to Queens and here he is now, in Fidi.

THE HALL OF LIGHTS OPENS SEPT. 14
The Hall of Lights – an immersive video art experience venue at 49 Chambers – will open on September 14 with its first show based on the work of Gustav Klimt. The project is a joint venture between Culturespaces, the French private manager of museums and cultural heritage sites and producer of the Atelier des Lumières in Paris, and the media company IMG. Tickets start at $30 for adults and $15 for those under 16 and are on sale now.

Where are the Farmers Markets in the Hartford area? – Hartford Courant