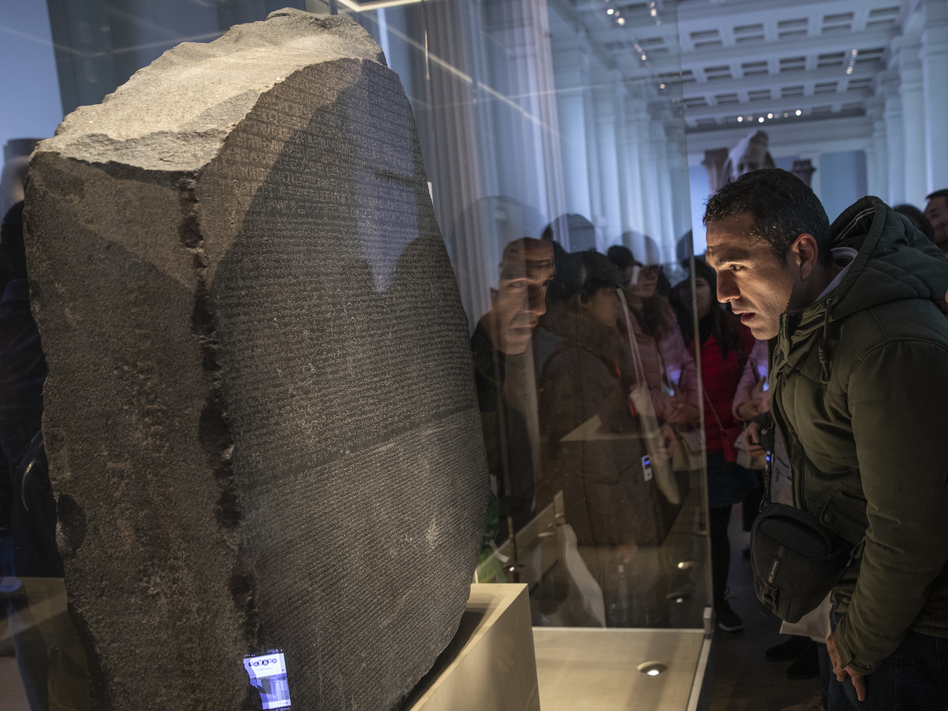 Egypt calls for return of Rosetta Stone and other ancient artifacts

Thousands of Egyptians are calling for the repatriation of the Rosetta Stone from the British Museum to its country of origin.

The iconic artefact, which finally helped scientists decode Egyptian hieroglyphs almost exactly 200 years ago, has been in English hands since Napoleon abandoned it – along with 16 other artefacts – as part of the Treaty of Alexandria in 1801.

The latest antiquities recovery campaign has garnered more than 2,500 signatures in an online petition launched by a group of prominent archaeologists.

Together, these archaeologists are urging Egyptian Prime Minister Mostafa Madbouly to “work through diplomatic and legal means” to recover the antiquities.

According to the group and those who have signed, the objects are an integral part of Egypt’s national heritage, and their continued display in European institutions deliberately ignores a history of colonialist plunder and exploitation.

Given changing attitudes towards the ethical acquisition of items, as well as a changing sense of moral responsibility, organizers say UK authorities would welcome the return.

“The Rosetta Stone was undeniably spoils of war and an act of plunder that was banned in the 17th and 19th centuries,” the petition reads. “The presence of these artefacts in the British Museum to this day supports past colonial attempts at cultural violence and deprives Egypt as a country of origin not only of the physical return of these objects, but also of their important role as Egyptian cultural heritage that spans a millennium of rich history.”

He adds: “This is a powerful opportunity for Britain to show moral leadership and choose to follow moral principle over profit and support the healing of the wounds inflicted by colonial powers.”

In November 2010, Egyptian antiquities expert Zahi Hawass told NPR that he was fighting to have the Rosetta Stone returned to Egypt by the British Museum.

His comments came after the Metropolitan Museum in New York said at the time that it would return 19 small items from King Tut’s tomb to Egypt.

“I need these unique items and will fight to return them,” Hawass told NPR at the time. “Anything that left illegally should be sent back to Egypt.”

While the Rosetta Stone’s place in history looms large for archaeologists, the short post about it has proven inconsequential.

It was the fact that the same message was written in three languages ​​- ancient Greek, demotic and hieroglyphs – that formed the keystone to the understanding of ancient Egyptian written language and civilization.

CapRadio provides a reliable source of news thanks to you. As a nonprofit, donations from people like you support journalism that helps us uncover stories important to our audiences. If you believe in what we do and support our mission, please donate today.

How to Take Your “Breakfast for Dinner” to the Next Level