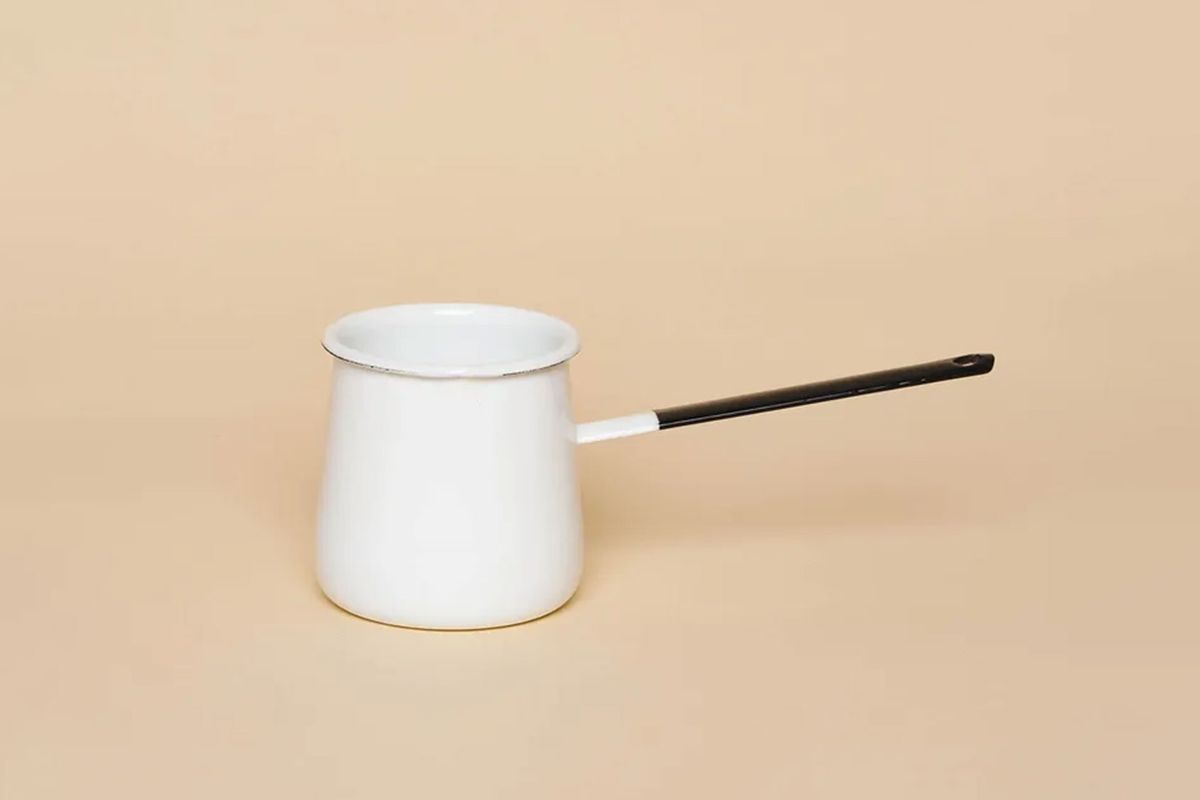 When I moved out on my own, I spent the first few years living in a series of rented studio apartments with shoebox-sized kitchens. Cooking in places with minimal counter and storage space (and a particularly wonky oven) taught me a lot about the craft and provided me with some best practices that I still hold true: when cooking for a crowd, do not make a menu in which everything must cook with the same appliance; vertical storage is a kitchen’s best friend; and rolling bar carts are good for more than booze.

One belief that I slowly let go of, however, was my long-held belief that kitchen utensils should, in large part, be completely utilitarian.

Maybe it was growing up hearing Alton Brown warn about pesky “unitaskers” or the real-world realization that my kitchen wasn’t set up to house both a bread machine and pasta maker, but I finally built a list of kitchen essentials.

There’s my cherry red dutch oven – a beloved birthday present from my mother – that’s pretty enough to live on my stovetop permanently. There’s also my dusty pink Always Pan, which I stared at on Instagram for months before finally hitting “order.” It quickly became my most used skillet.

When my boyfriend and I moved in together and needed to consolidate our respective kitchens, he brought the right stuff: great nesting mixing bowls, a black Kitchen-Aid blender, an immersion blender and the only whisk I’ve ever enjoyed using. It was like the capsule wardrobe equivalent of kitchen utensils – practical, timeless, even elegant, in a way. But every outfit needs a good frivolous accessory or two, and if I had to choose one for my kitchen, it would be a butter warmer.

I view butter, and all dairy products, really, with almost scholarly enthusiasm.

An important story: I regard butter, and all dairy products, really, with an almost scholarly enthusiasm. That’s what inspired me to get my first cheese patent (I’m now studying for my second!) And the reason why I asked experts for their own advice on how to buy better butter and how best to store it. For this reason, I tend to receive recommended ads that relate to my searches, such as a pair of earrings that look like dangling pieces of blue cheese and so much butter dishes.

A few weeks ago I saw an ad online for a butter warmer, a small enamel pot that would be perfect for melting a few knobs of butter.

I initially dismissed such a thing as a frivolous waste of counter space, much like some rolled their eyes at $250 hand-forged egg spoon by Alice Waters — which she first introduced to the world in a 2009 episode of “60 Minutes” — dismissing him as more than a little twee. As Kim Severson wrote for the New York Times nearly a decade later, some “regarded cooking an egg over a fire as the epitome of food elitism and all things boring about the Slow Food movement”.

However, Waters, who is known in some circles as the “Patron of the Slow Food movement” himself, had a different take.

“I liked that feeling of looking at it and holding it,” Waters told the Time. “It’s not like cooking it in a pot. You just feel like you’re really in charge of it. It’s so elemental.”

And I had a feeling I’d like to have the feeling of heating up butter — for baking potatoes, spreading on toast, drizzling over seafood — in one of those tiny pots. So I contacted Taylor Renn, the retail buyer of East Fork Pottery, which wore the exact model I wanted. (Turns out I wasn’t the only one, as it had recently sold out as we spoke. Kaico Enamel Milk Pan is a huge dupe, though.)

“The Japanese enamel butter warmer is from Tokyo, from a company called Noda Horo that has been making professional kitchen products since 1934,” Renn said. “With everything we do at East Fork, we want to make sure it has a use, a distinctive purpose in your home.”

She continued: “This little pot is endlessly useful, minimal in design and made from quality enameled steel. There’s nothing more annoying than having to pull out your medium-sized pot for a small job. kitchen, so this room appeals to cooks who want efficiency in the kitchen.”

Despite its name, the butter warmer isn’t a unitasker at all, according to Renn.

“[It] can also be used to warm up maple syrup, make a single cup of hot cocoa, warm up pasta sauce or soup, warm up milk for your coffee, make a quick hot salad dressing or whisk together a delicious chocolate sauce for ice cream,” she said.

If a bespoke egg spoon or butter pot is what brings joy to the daily grind, so be it. I’m sure we can all free up some extra counter space for that.

Emily Johnson of Epicurious noted the same in her 2021 article “4 reasons why you should have a butter warmer“, in which she sings the praises of Dansk’s take on small cookware. Whether heating up a cup of coffee or toasting spices, the butter warmer had a distinct place in Johnson’s kitchen.

Beyond the usefulness of the pot, it also has a real aesthetic appeal. As Renn said, “Everyone loves cute little things.”

Johnson agreed with his article.

“Like most decisions I make in life, the choice to buy the mini potty was not rooted in any sort of practicality,” she wrote. “It was about the cuteness factor.”

And that might be motivation enough to expand his kitchenware collection beyond the utilitarian. The world around us is as dark as it gets, and let’s be honest, we’ve all discovered during the pandemic how dull cooking can be. If a bespoke egg spoon or butter pot is what brings joy to the daily grind, so be it. I’m sure we can all free up some extra counter space for that.

Salon Food writes about things we think you’ll like. Although our editorial team has independently curated these products, Salon has affiliate partnerships, so making a purchase through our links may earn us a commission.