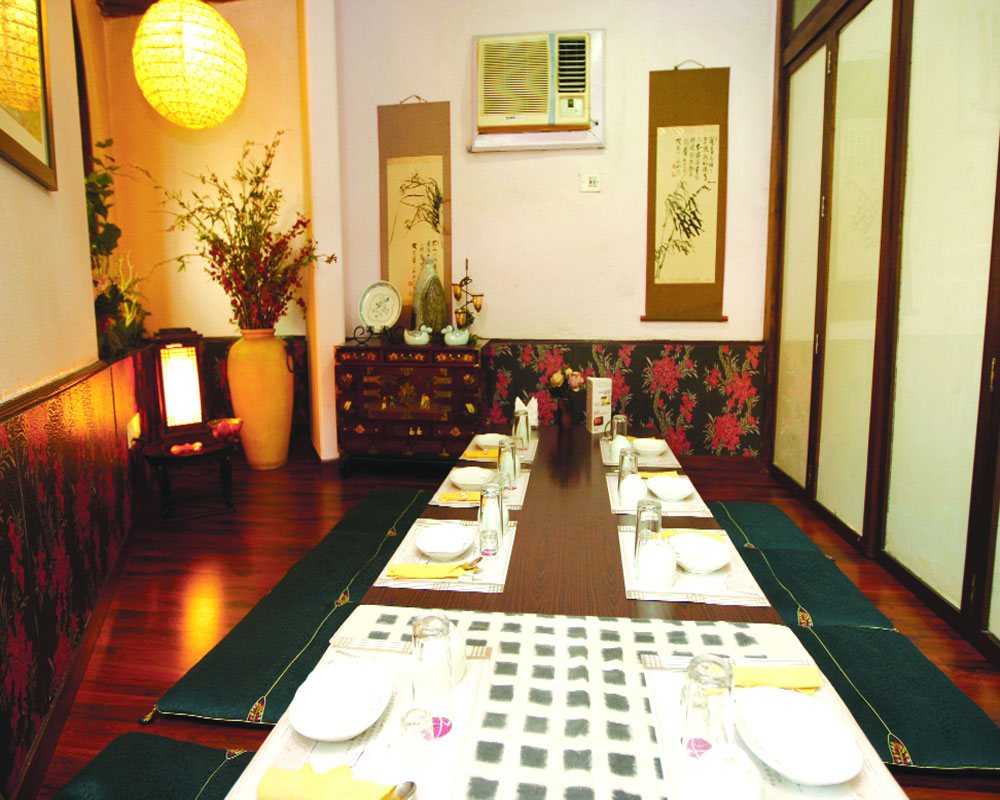 The diverse cuisines of Korea, Japan and Singapore blend together at several dining venues to create a unique blend, says Khushbu kirti

Dietary diversity is the specific term to address what I’m going to talk about in the future – consuming a variety of foods, from various cultures. Thus, food becomes geographically different, most of the time exclusively imported from another place. With such advancements in trade and technology, ordering, say, Lebanese food takes two minutes and if you order it from a high-priced place there is a good chance that the raw materials will be imported from none other than the United States. Lebanon. Yes, that’s the peculiarity of expanding your cuisine horizon – you can experience a foreign culture right at home. Now I can’t guarantee exactly how authentic the experience can be, but here are three tried and true cafes / restaurants that are sure to bring their specific cultural experience home.

I’ve long wanted to research crop diversification in the food industry, however, there never seemed to be a right time. I once had the opportunity to try a Japanese cafe called Harajuku Tokyo Cafe and I can write this, not that I don’t do it here, that it was one of my best experiences trying a new one. food. The cafe is located at the Select City Walk Mall in Saket. The aroma was mesmerizing as soon as my mom and I entered the premises. It was, without a doubt, the cutest little place I have ever seen and the moment you walk in your mood has improved significantly. The vibe was uplifting, but what caught my immediate attention was the claw machine right at the entrance and the onscreen manga comics. Inside there was a huge wall with graffiti from the streets of Harajuku, Shibuya. For those who may not know, Harajuku is a bustling street full of colorful art and fashion for young people. It features a plethora of vintage clothing and cosplay stores. Bars, food-corners, carts, exhibitions are what makes the street famous. True to their actual model, the cafe also had a decorated food wagon or caravan. Harajuku Street displays tons of carts selling pancakes, donuts, bubble tea, and more. The ornamentation was unique. The owner of the cafe, Gaurav Kanwar, explained with an open heart how even the toy clouds on the ceiling were imported from Japan, pointing out that the floor tiles were basically green and white origami – the culture replicated this. from Japan. He also spoke about their other outlet in Noida which had special Japanese chefs to achieve a high level of standardization.

We were greeted with Gyoza (basically the tastiest chicken dumplings imaginable) and a plain butter croissant, as well as iced coffee, cappuccino and marshmallow gelatin with a cookie shaped cookie. of dog. While the croissant was light and melt-in-your-mouth, the coffee was aromatic and, can I say, perfect as it managed to create a soothing buzz. The Gyoza had sesame toppings, spring onions, and was topped with micro beans and leaves. The taste was only enhanced by a spicy and tangy tamarind sauce. My mom loved the Teriyaki sandwich, and I have to add that she’s not an easily impressionable person. It looked like a subway and was extremely filled with chicken patty and chopped veggies. Chicken bao was a dish I had for the first time. It was sweet, chewy, and smooth, and the chicken well done and crunchy.

Chef Sanjay recommended his special spicy salmon and cream cheese roll to us, with salmon, avocado and cream cheese, cucumber, topped with spicy ponzu mayonnaise, white mayo and topped with micro beans. It was one of the upside down rolls that fell under the category of Japanese dish called Uramaki.

Korean culture at Gung The Palace

The advent of Chinese and Italian cuisine is a very old story, but with the popularity of BTS and K-drama, Korean cuisine has suddenly gained a lot of attention. Good for us, eh? My friend and I decided to try Gung The Palace in Noida. And let me tell you, this place actually seemed to bring you Korea. The restaurant had private rooms for dining, something I had only seen on TV and in animes. The wooden parquet gave the place a sophisticated and polished look. We walked in and saw their new BTS coffee brew. Being a K-pop fan, I wanted to give it a try immediately. Fortunately, I was lucky because our guide, Geetanjali, found me observing them and offered me some tasters. Obviously I had to accept when someone insisted on this amount (wink). The hallways leading to the bedrooms reflected those of Southeast Asian cultures and we entered one of the bedrooms with the traditional setting of tables recessed into the floor.

Fortunately, we happened to visit the restaurant during the Korean Thanksgiving festival, called Chuseok, or Hangawi. It’s their big harvest festival. South Koreans celebrate it as a three-day holiday while North Koreans observe it for a day. It is celebrated on the 15th day of the eighth month of the lunar calendar, that is, September 21 of this year. It was such a coincidence, I thought to myself, because now we were served with their special Thanksgiving food! Geetanjali informed us of their kitchen which has a main course and lots of side dishes. We were treated equally royally. The order included two main courses – Cheese Dakgalbi or Fried Chicken with Cheese and Haemul jeongol (the seafood casserole), as well as side dishes like Kimchi (orange cabbage leaves), anchovy, pancakes. (no, they weren’t sweet), and Sigeumchi namul (a special Thanksgiving dish that included spinach, radish, and gosari).

The fried chicken engulfed in cheese was probably something I knew I wouldn’t get over, and didn’t even get started on their Haemul jeongol. The casserole encompassed the most exotic seafood, from lip-smacking shrimp and crabs to exotic and delicious octopus. We were told that all of their seafood was imported from different parts of Korea and it made sense as it had nothing to do with what I had before. Just when I was surprised that they didn’t have desserts, there came Songphyeon, which appeared to be sweet green momos but actually contained the goodness of slightly sweet sesame seeds. Although very different from our general desserts, we couldn’t complain about the food. We were completely full and satisfied.

After Korean and Japanese cuisine, I had to try Singaporean cuisine, because, well, why not? My cousin and I picked one of the top rated off the list and it turned out to be Mai Bao at DLF Avenue Mall in Saket. It was a cozy and stylish restaurant with aesthetic colors of beige, pink and turquoise. We were greeted by Chef Satwant, who was the kindest, offering us personalized and personally planned signature dishes. The ceiling had a large S, a pattern that I also noticed on the walls and the edges of the tables. The paintings and the paperweight featured majestic lions, with the lion’s head being Singapore’s national symbol and logo, demonstrating characters like courage, strength, and excellence – their national values. It was introduced in 1986, characterizing Singapore’s reputation and identity as a ‘lion city’.

With compliments from the chef, we were served with a wide array of dishes, the first being Laksa, a spicy coconut noodle dish popular in Southeast Asia (mainly China and Malaysia). In Singapore, the chef tells us, the Laksa is the Katong laksa, with cut noodles. The sauce was thick and tasted good and soothing. It tasted like coconut broth and I would give it a good rating of four out of five. While the Popiah had too many leaves and I didn’t really like the sauce, the shrimp and blue pea dumpling looked bright and unique and the shrimp tasted delicious. The duck bao was served with a hoisin sauce which gave it a strong cinnamon flavor. The sauce was sweet and the duck was hot and tasted a bit like chicken which was good for me. While the creamy mushroom was, unsurprisingly here, creamy and tasted like tofu, I absolutely loved the satay chicken sticks – they were mostly grilled chicken skewers, soaked in peanut sauce and vied for. an excellent starter. It had a strong smell of turmeric which enhanced the taste and is unique to Singaporean cuisine. Another favorite dish of their culture is Hainan Chicken Rice, which incorporates steamed chicken placed over rice cooked in chicken broth. It was very filling and had a specific vapor scent. The chef’s dessert platter was the best except for the end. It was what looked like a pastry with the flavors of silk chocolate, a layer of coconut and the crackers were extremely scrumptious.

Tamarack Marketplace in West Virginia to celebrate its 25th anniversary