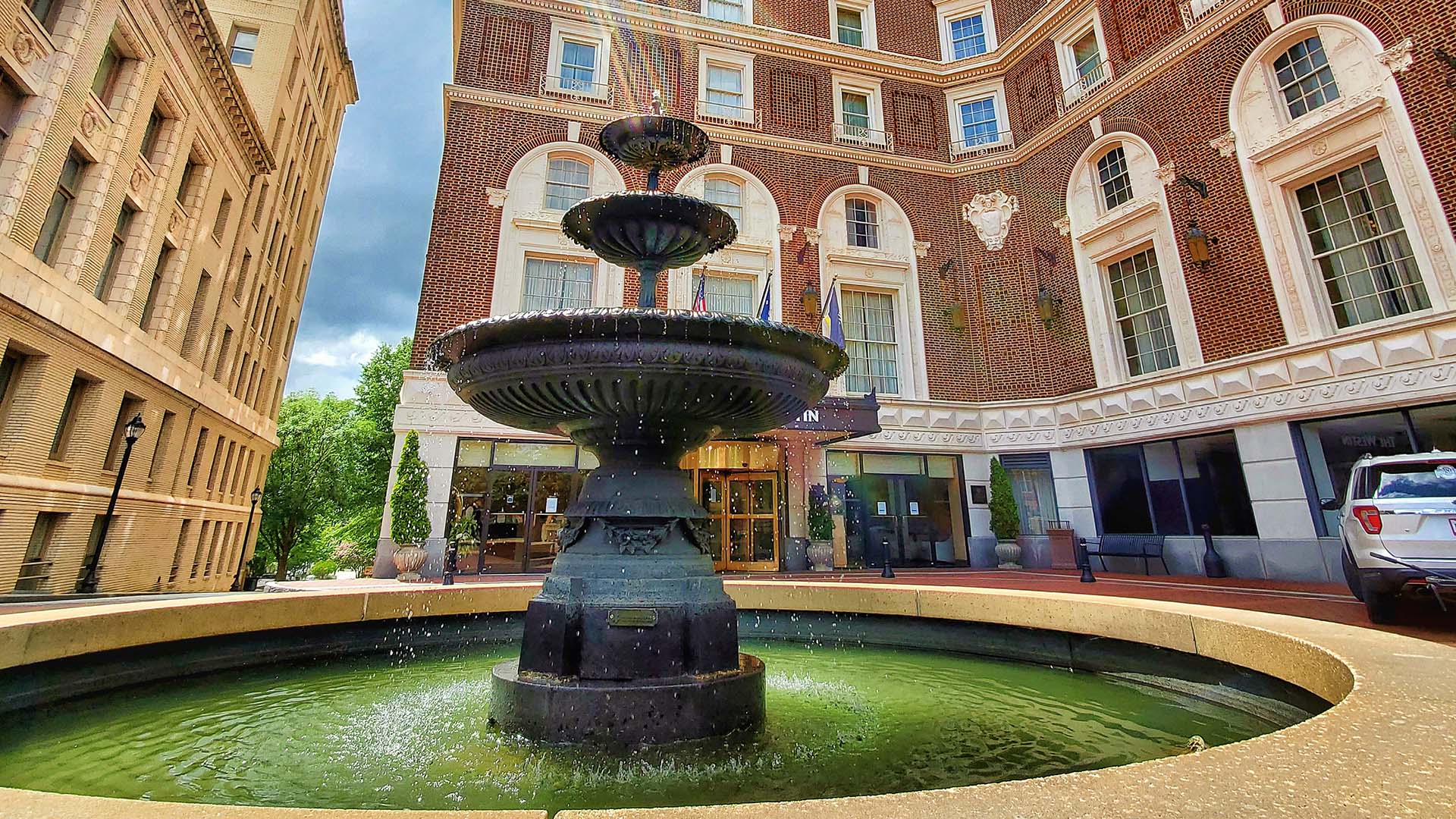 The momentum for revitalizing downtown Greenville made tremendous strides throughout the 1990s. Key plans from a consultancy firm, Land Design / Research (LDR), provided clarity and leaf route for the additional changes the city faced, such as more parking, attracting office tenants, building a residential population base, attracting retail businesses, developing anchor destinations and creating thematic drawing points for identity. The first major anchor came with the opening of the Peace Center and the Gunter Theater in 1990. This place cannot be underestimated in its importance for the future of the city center. It has brought together the best musical groups, performers and plays on Broadway in addition to hosting events for the Greenville Symphony Orchestra and the Carolina Ballet. Naturally, patrons want to eat before or after a performance, so the downtown restaurant scene has taken off with the opening of The 858, Henni’s, Bistro Europa, Blue Ridge Brewery, Rose Marie’s Café, Coffee Underground, Trio Brick Oven. Café, The Sophisticated Palette, Cottage Cuisine, sometimes Blues and Soby’s New South Cuisine. Just outside of downtown, the Tsuzuki family built the Nippon Center Yagoto as authentic Japanese cuisine and a cultural destination unlike anything America has ever seen.

Greenville native Knox White, who had served as chairman of Max Heller’s youth advisory committee and then on city council since 1983, was elected mayor in 1995 as part of a “Neighborhoods First” campaign. White’s biggest initial challenge and priority was to help save the historic Poinsett Hotel. It had been abandoned since 1987 and housed dozens of homeless people. Luckily, developers Steve Dopp and Greg Lenox came in and renovated the building to its former glory at the end of the decade. Next door, Carolina First CEO Mack Whittle brought a huge new bank building to Main Street along with the attractive Poinsett Plaza at its entrance. With these large tourist complexes and offices in place, a major entertainment venue was added when the 16,000-seat Bi-Lo Center opened in 1998 with Janet Jackson as the opening concert.

A game-changing economic boost with the construction by BMW of its first and only manufacturing plant outside of Germany, right here in the north of the state. The move was announced in Greenville in 1992 with the release of the first car off the assembly line in 1994. This infusion of additional European investment continued on a trajectory that would soon lead the upstate to the top 10. first American regions for international investment per capita and BMW. employing over 11,000 workers.

Under the leadership of Mayor White and the key support of people like Harriett Wyche, Pedrick Lowery, officers of the Carolina Foothills Garden Club and Governor David Beasley, the groundwork was laid for the removal of the Camperdown Bridge that spanned Reedy Falls for four decades. . The resulting creation of Falls Park is arguably the most significant new development in the city’s history. Smart and committed planning continued with city staff, city council, county council and private developers like Bob and Phil Hughes. As the setbacks and challenges of the city’s revitalization continued, the events, plans and new developments of the 1990s provided significant breakthroughs that led Greenville to become one of the nation’s greatest success stories in the world. 21st century.

Note: This article complements the “Glimpses of Greenville” series which began in January and explored every decade of Greenville’s first 200 years. It’s good for all of us to remember how we got here… especially in view of 2031, when the city turns 200 years since it was chartered as a city.