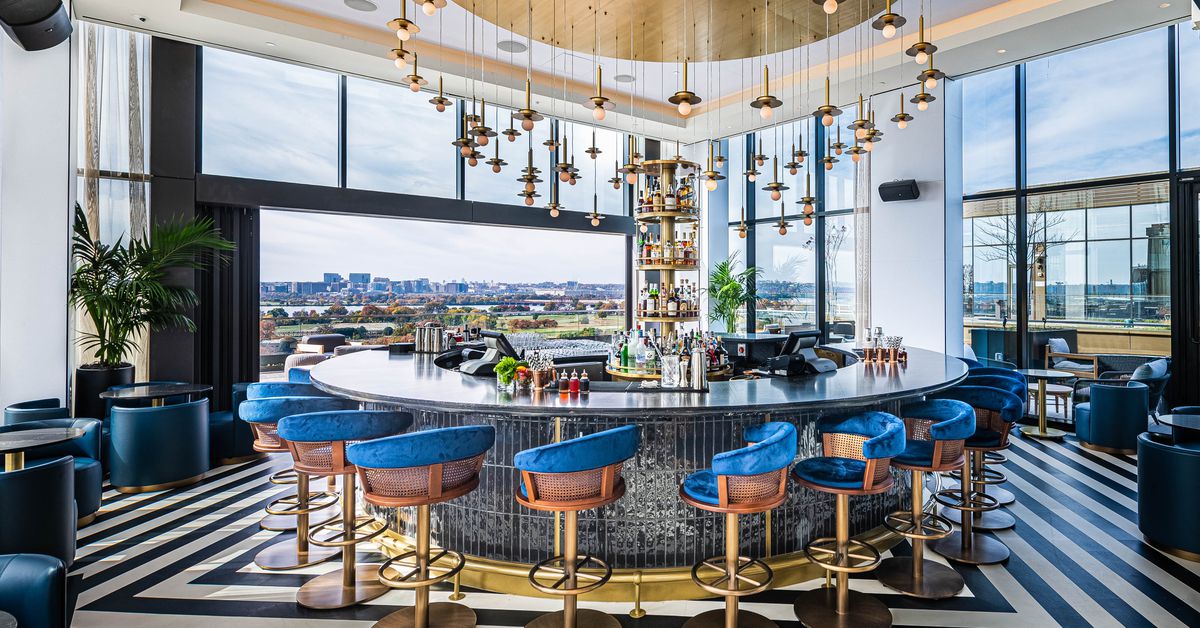 Culinarily speaking, the new luxury of the Wharf Pendry the hotel is everywhere on the map. You can order a cheeseburger at the lobby bar (Bar Pendry), a vegan squash blossom quesadilla at his poolside Latin restaurant (Flora Flora), and finish a spicy tuna roll on its panoramic roof (moonraker).

Montage International’s growing boutique brand, based in Laguna Beach, Calif., has locations in seven US cities, including Pendry Baltimore, Chicago and San Diego, and plans to open three more. The 131-room Pendry Washington DC (655 Water Street Southwest) is part of the Phase 2 platforma southwestern waterfront expansion that includes gleaming high-rises and a flurry of high-end restaurants.

DC’s debut Pendry kicked off in late October with a trio of food and drink gems all led by executive chef Barry Koslow, a local hospitality vet who previously oversaw operations at the Watergate and W hotels. Pendry’s globetrotting restaurant roster all share a locally sourced theme, with ingredients that spin with the time of year.

“Washington DC is an incredibly seasonal place,” Koslow told Eater. “One of the things I love about it is that we have all four seasons, and part of the joy of cooking in this city is that we’re so close to so many great producers of everything.”

Each establishment adheres to high-end hotel prices, with cocktails hovering around $20 and entrees between $20 and $40.

Tucked away in the lobby, Bar Pendry’s selection of pint-sized bites takes a back seat to the cocktail program. Bar manager and Kith and Kin alum Sunny Seng doesn’t shy away from cocoa in his “Chocolate City,” featuring rye, chocolate-infused vermouth, chocolate mole bitters, and raisins coated in chocolate. A pineapple-based cocktail called “Aggregate Hospitality” pays tribute to the tropical fruit that symbolizes hospitality. It is constructed with pineapple-infused rum, pineapple-lime juice, and pineapple syrup.

A level above, the Mexican-Peruvian-influenced Flora Flora is the hotel’s all-day dining restaurant (breakfast and lunch to start, dinner coming soon). The indoor/outdoor setup on the second floor offers a lush, earthy vibe to reflect the vegetable dishes that make up half of its menu.

“It’s kind of trying to give this segment something extraordinary instead of just another pasta dish or another mushroom gnocchi,” he says.

Morning options outside the door include oatmeal loaded with fruit and nuts, avocado toast over rye sprinkled with tajin and pepitas, and huevos rancheros. For lunch, there’s tortilla soup, lomo saltado (a Peruvian beef stir-fry), and avocado tacos. The kitchen works a celeriac pastor, he says. Finely cut celery will be spiced and roasted with pineapple to mimic the texture and taste of pork.

The final piece of the culinary puzzle is on the 14th floor, where sweeping views of the Potomac are paired with small bites, sushi, and an array of libations at the chic 150-seat Moonraker.

“We have a lot of playful little things we do here, a little off the beaten path, that inspire people to play with their expectations,” says Kolslow.

Koslow says he feels the pressure in a city and neighborhood where culinary caliber is higher than ever.

“There is a bit of competition, but the competition really pushes everyone to be better and to make every experience an amazing experience because the bar is set so high,” says Koslow.

—Tierney Plumb contributed to this report