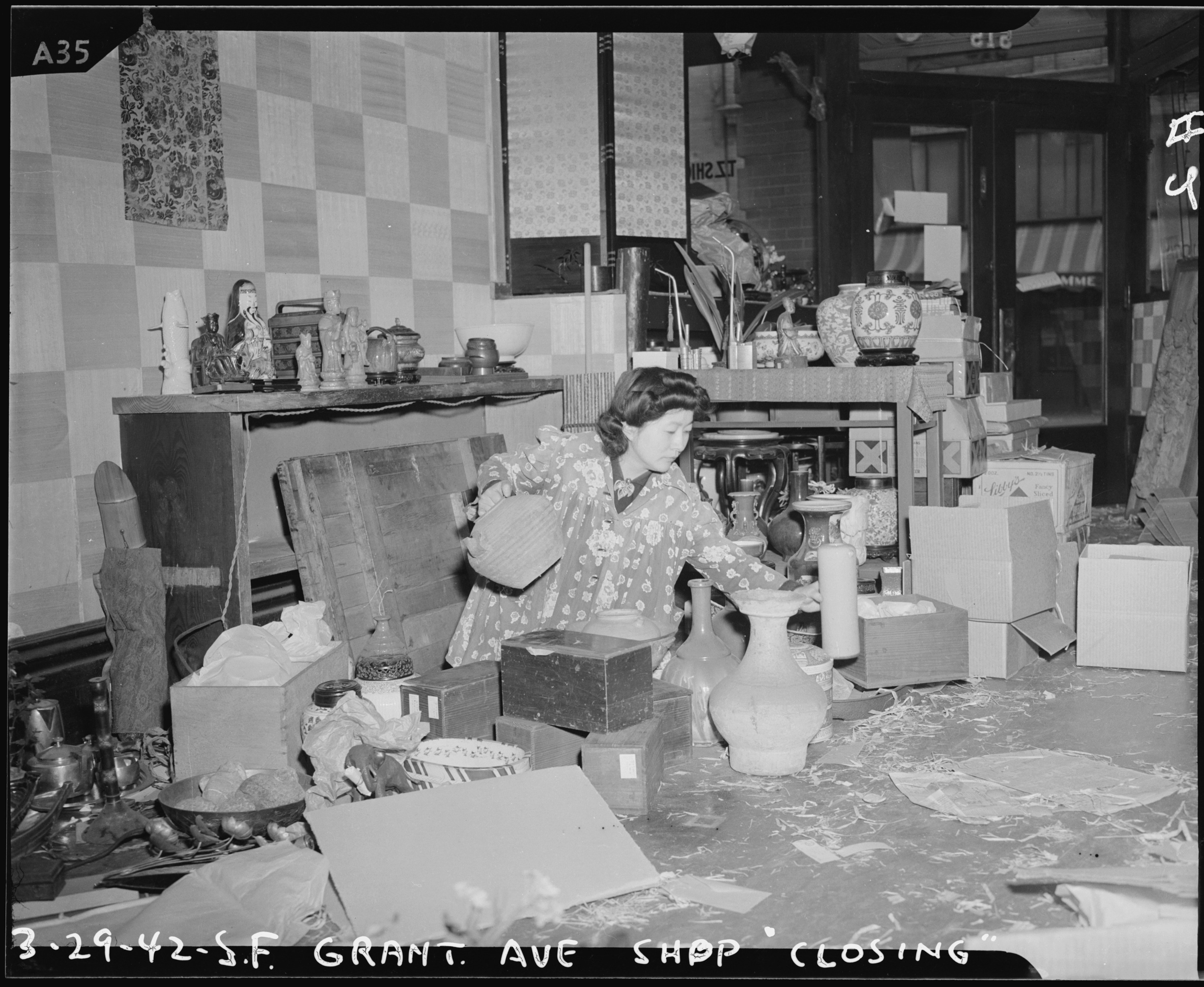 Make the past personal | University of California

Ryan Horio knows his grandmother’s earliest memories date back to a 7-year-old girl. In 1942, Toshiko Matsunaga and her family were forcibly removed from their home in Galt, California, to live in newly established prison camps by the US government – ​​first at the Manzanar War Relocation Center, then at Tule Lake Relocation. Center, both in California.

His memories of the camps are fading, said the UCLA pre-med freshman. Not just because of the passage of years, but also, Horio suspects, a long-standing desire to bury the trauma of the experience.

“I think there are a lot of people, like my Obachan, like many Japanese-American families with this experience who may have thought they were good citizens by going to the camps and only really thought later how unfair it was,” said Horio said. “I know sometimes my grandmother doesn’t want to talk or think about what happened.”

February 19 was National Day of Remembrance and this year marked the 80th anniversary of Executive Order 9066, which President Franklin Delano Roosevelt issued months after the United States declared war on Japan and entered World War II. .

The order precipitated a racial atrocity unique to the United States, sending nearly 120,000 people of Japanese descent to live in prison camps located in remote areas of California, Arkansas, Arizona, Colorado, Idaho, Utah and Wyoming. Considered suspect solely because of their heritage, there remains no evidence of conspiracy or widespread treason by any of the Issei (first-generation immigrants) or Nisei (second-generation American-born Japanese) who were incarcerated. A treason case has been prosecuted against a trio of Japanese-American sisters who helped two German POWs escape from a different camp.

Japanese woman in San Francisco shutting down her family’s business in preparation for being forced into government prison camps.

Although the memories may be painful for his grandmother, Horio explores the imprisonment of Japanese Americans during World War II in one of his classes at UCLA.

“It’s very frustrating and uncomfortable to learn about and talk about injustices, especially racial injustices,” Horio said. “Some of the readings and lectures we did in class were very difficult and moving, but I think of it this way – we are going to have discomfort in all aspects of our lives. We have to learn to manage the discomfort in general and we need to remember and share these stories in order to prevent something like this from happening again.

Co-taught by Karen Umemoto, Helen and Morgan Chu, director of the Center for Asian American Studies, and public historian Brian Niiya, the course offers students the opportunity to work with the growing library of primary sources related to the experiences of Americans. of Japanese descent.

“Over the past decade so much has come online, it’s changed the way you can research for a class like this,” said Niiya, who earned her master’s degree in Asian American Studies. from UCLA. “Students have access to different types of materials that in years past they might have had to travel to Berkeley, DC or Hawai’i to access.”

The students each selected a person to follow from the archives, researching new information about their subject’s ancestry, writing biographies contextualized by the students’ own experiences and modern issues of racial discrimination. They delve deep into online collections held by the National Archives, UC Berkeley and others, even creating ancestry.com accounts to trace their subject’s family tree.

Horio is shooting a personal documentary that explores the intergenerational trauma associated with detention camps. It includes interviews with his grandmother, aunts and uncles, and parents.

It’s his final project for the class, but it’s also so much more than that. It’s part of a newly ignited passion. Horio added a minor in Asian American Studies this term, thanks to this course.

“It made me think in a totally different way about our interconnectedness, especially when it comes to racial discrimination,” Horio said. “This course has helped shape my personal beliefs, what I want to study and who I want to be. It’s invaluable and I wouldn’t trade it for anything in the world.

That’s why Niiya, who originally never intended to teach, shares what he knows with students like Horio.

“I wanted to write and produce material for a wider audience,” Niiya said. “But a number of other people in the field passed away and I kind of felt I had a sense of duty, and especially at UCLA with its long history in this field. The baton has been passed and it really needs to be taught.

The class was once taught by the late Lane Ryo Hirabayashi, UCLA’s George and Sakaye Aratani Professor of Internment, Reparations and the Japanese American Community. Hirabayashi died in 2020.

Japanese-Americans wait to board buses that will take them to the War Relocation Authority center in Manzanar, California.

Niiya has worked with the Japanese-American archives for more than 30 years, a passion he discovered, like his student Horio, at UCLA. He works in partnership with museums and educational organizations, helping to collect and digitize primary documents and document oral histories. He is the editor of the Densho Encyclopedia, a free online source with over 650 entries related to the people, policies, and history of Japanese Americans.

There is also a personal element for Umemoto. His Zoom background for term and virtual class reunions so far is a striking black and white image of a group of young men standing outside Manzanar Barracks.

“That’s my dad over there,” she said, pointing over her shoulder at the screen.

Nearly two-thirds of those sent to incarceration camps during World War II were US citizens born and raised there. They had about a week to gather all the things they could carry. They were forced to sell or abandon their homes, businesses and vehicles. They left behind beloved pets and possessions. They lived the last three years of the war in communal barracks under tense conditions. They have rebuilt some semblance of normal life – attending church and school, organizing cultural events and even starting camp newspapers. All inside barbed wire fences patrolled by armed guards with orders to kill anyone who tries to escape.

Meanwhile, many members of the American public either knew nothing of the camps or believed in intentional obfuscations about them, a state of informational neglect that continues through education systems to this day. One of Horio’s recent high school teachers challenged him when he talked about the camps during an advanced placement course on respecting cultural heritage in medicine. Younger than Horio’s grandmother, his teacher grew up believing that Japanese Americans willingly visited detention centers and had fun with games and activities – a sort of idealized view of an extended summer camp.

Lauren Ho, a fourth-year biology student, didn’t learn much about the incarceration from her high school teachers.

Ho, who is majoring in Asian American Studies, lights up when she talks about the research she’s doing on Kara Kondo. Kondo was in her early twenties when she was sent to Heart Mountain Camp in Wyoming. Like Ho, she was interested in environmentalism. She worked at the camp newspaper. Ho works at the Daily Bruin.

“I only had a superficial understanding of Japanese incarceration, it’s definitely not something that people learn in depth in regular non-Asian American studies classes,” Ho said. even paint it in a positive light. This class seemed like a deep dive and it definitely turned out to be my favorite class this term.

UCLA has long been a partner in the Japanese American Research Project, which began in the 1960s with a mission to document and record the experiences of Japanese immigrants and Japanese Americans. The physical records reside in UCLA Special Collections.

Niiya hopes this large-scale and consistent archiving practice will serve as a model for intersectional calls for racial justice and healing, such as the work done by the California Reparations Task Force and calls for a commission. National Racial Healing.

“We’re finishing up the course over the last week, really focusing on some of the things that are happening today, talking about the legacy of the war camps and how so many Japanese-American organizations are using their voice to speak out against actions similar to 9066,” Niiya said. “Because of our experience, we have this platform and we have an obligation to support others.”