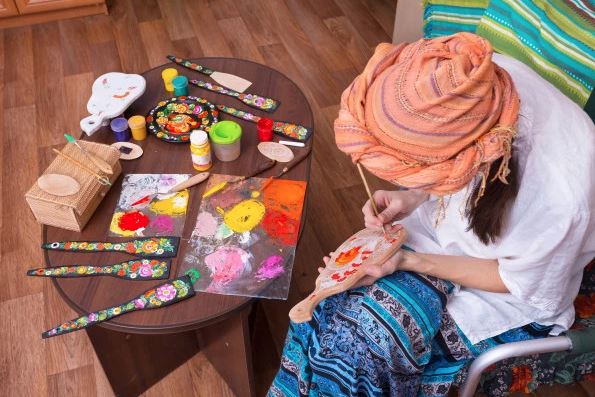 UNESCO is launching a support program for Ukrainian women artists who have had to flee their country because of the war, in partnership with the NGO Artists at Risk.

It will allow them, as well as their children, to be welcomed and cared for by a cultural institution in the country where they have found refuge.

UNESCO has decided to launch a program dedicated to Ukrainian women artists in exile, born of a partnership with the NGO Perpetuum Mobile, initiator of the Artists at Risk platform, which brings together cultural institutions from more than 15 countries.

The artists concerned will be accompanied for at least three months by a cultural institution in their host country. They will be cared for with their children in artistic residences and will benefit from support in terms of networking, visibility and the design of new cultural projects.

The scheme will aim to give them the means to become independent at the end of their reception period, whether they then choose to return to live in Ukraine or to settle permanently in their host country.

UNESCO has already set aside $140,000 to fund the program, which should initially benefit around 30 artists and their children.

The program completes the range of emergency measures already deployed by UNESCO since the beginning of the war to safeguard tangible and intangible cultural heritage, secure museum collections and combat the illicit trafficking of cultural property.

Moreover, since the start of the war in Ukraine, UNESCO has been monitoring the situation of artists in close consultation with the networks of artists and cultural actors in the country.

This work is also carried out in coordination with international organizations involved in supporting artists at risk: PEN America’s Artists at Risk Connection, Perpetuum Mobile/Artists at Risk, ICORN, Freemuse, Prince Claus Fund and the PAUSE program.