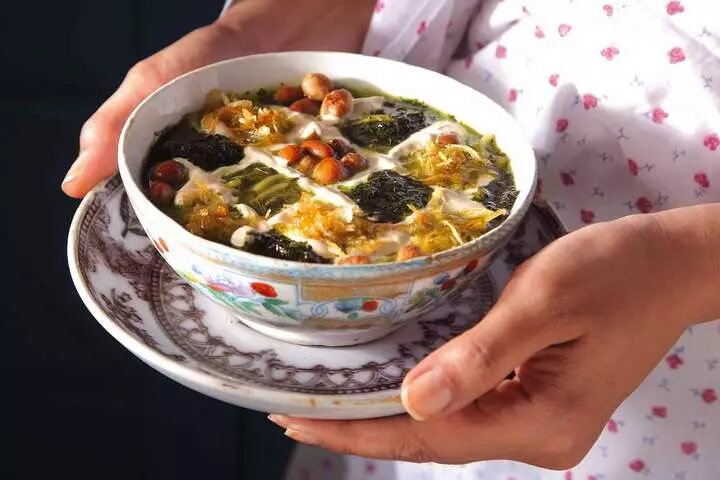 Nowadays, an increasing number of travelers are looking for something different, like spending the whole day in a tranquil landscape where you can climb the mountains in the thick morning mist and picnic near waterfalls in the shade of jagged rocks. the afternoon.

In Iran, gastronomy is also a delicious vector for discovering an ancient land that has long been at the crossroads of history.

A foodie traveler’s paradise, Iran is where food isn’t just on the menu. Some think that Iranian cuisine is itself a metaphor for the country: it is tasty, sweet, fragrant and incredibly complex.

Iranian cuisine delicately combines the characteristics and peculiarities of Near and Western Asia, India and East Asia due to Iran’s turbulent antiquity and the country’s location in as a trading hub between East and West on the historic Silk Roads. Likewise, the Persians influenced many cuisines as part of their policy of expansion.

It should be noted that this is not a blind mixture of different culinary traditions. For example, the seasoning is much milder than in India, or Persian rice is fluffy and fragrant and not as sticky as in East Asia.

The next time you hear from an Iranian that a type of food is cold (sard) or hot (garm), remember that they may be talking about something other than the temperature of the food but with its influence on the body and the soul – very comparable to certain aspects of Chinese cuisine.

Rooted in traditional Persian medicine, these beliefs are still very popular even in educated Iranian families. The old theory states that only a balanced diet with proportions of both types of food keeps people physically and mentally healthy.

For example, some types of food such as lamb meat, onion, wheat, dates, nuts and raisins are hot and others such as beef, yogurt, cheese, cucumber , fish, beans and rice are cold.

With its fabulous vibrant regional dishes in stews, rice dishes, kebabs, drinks and desserts, Persian cuisine has always been and still is rich in fresh herbs such as basil, parsley, chives, watercress and mint. In Iran, herbs are usually measured by the kilogram rather than the diet!

Apart from this, a supporting role is played by magic spices like saffron and fruits like plums, pomegranates, quinces and raisins.

Overall, rice and bread are the main accompaniments in the cuisine, which are served with various stews with and without meat or with grilled meat on a skewer (Kababs).

The famous Kabab-e Kubideh is a typical Iranian dish with grilled minced meat made from lamb or beef or a combination of these, but always with grated onions and spices.

The popular Zereshk Polo ba Morgh is made with Zereshk (barberries), Morgh (chicken) and rice. It is one of the mixed rice dishes served at both small casual gatherings and large dinner parties, weddings and even the most festive celebrations and holidays.

The very popular Khoresht is the umbrella term for Persian stew dishes, Fesenjan, an original Iranian Khoresht, being one of the most famous.

Also, a classic among side dishes is Tahdig which attracts people with its crispy golden bottom and soft interior. It is usually prepared by sautéing it with oil or butter to create a layer of crispy rice on the bottom of the pan.

Finally, don’t forget to try Ash-Reshteh, the thick noodle soup with beans and herbs that is intensely aromatic, surprisingly delicious, nutrient-dense and a healthy meal in itself. Served during various festivities leading up to Noruz, the Persian New Year, the dish is defined by two unique ingredients: Reshteh and Kashk.

Those listed here are just a few extremely popular food choices that can be found on the streets of big cities or small towns as well as in the best restaurants in the country. Keep in mind that many restaurants mostly skip labor-intensive dishes. Instead, they tend to focus on kebabs and rice. For a foreign traveler, the best chance of tasting a frank dish may be to score an invitation to an Iranian friend.