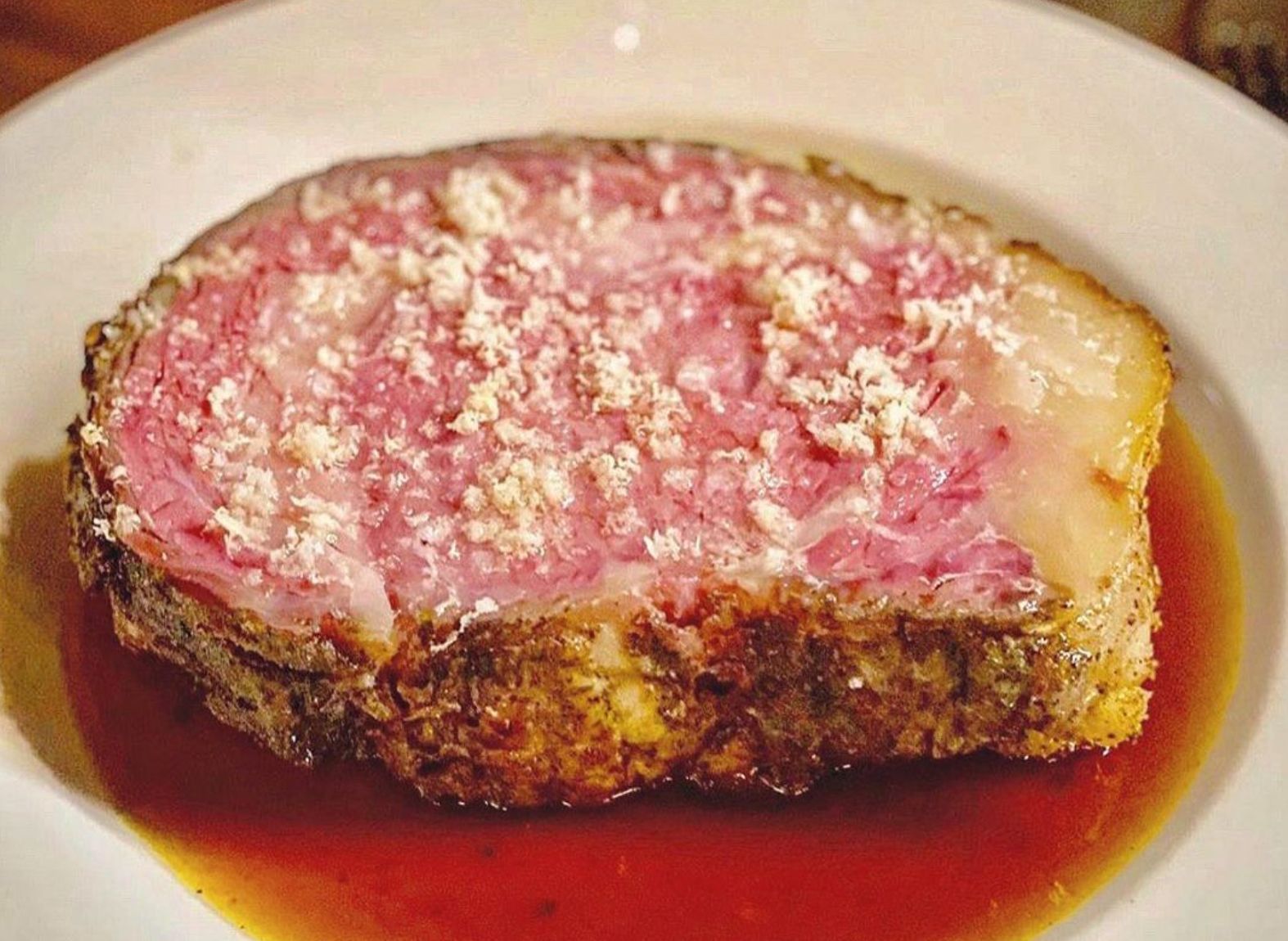 Tucked next to a McDonald’s on Route 12 on the outskirts of Sonoma town, a short drive from the town square, is a new restaurant focused on Basque-style meat and fish cooked in the oven. wood-fired, old New York ramen. chief.

Chef Joshua Smookler and his wife Heidy He call their restaurant, Animo, a “Korean American restaurant focused on home cooking.” But evidence of Basque and Spanish influence is abundant on the menu, especially from roasted cuts of Iberian pork that aren’t so common on American or Korean menus.

Smookler and He previously owned and operated Mu Ramen in Long Island City, New York, which opened in 2014 and closed at the start of the pandemic. As a smoker told the Sonoma Index-Tribuneafter years of ramen and Japanese cuisine, he was ready to turn to something he loves: wood-grilled beef, pork and fish à la basque.

These, along with a few lamb chops, form the meaty core of Animo’s menu, which otherwise shows its Korean influences with the lettuce wraps that accompany the Wagyu steaks, and with a side option of fried rice with kimchi-pastrami with an egg on top.

Smookler is Korean American but was adopted by Jewish parents and raised on Long Island, New York. He said he got his start in the hotel business through wine.

I started in the wine business because when I was a teenager I thought wine was only for the well off, educated and sophisticated people,” Smookler said to Luckyrice in an interview. “I wanted to impress women. I felt like there was more cachet. It’s silly, isn’t it? Another reason was that the salary I was offered as a cook was humiliating.”

At Mu Ramen, New York Times critic Pete Wells delirium about Smookler’s ramen — first when it was just served in a pop-up at a bagel shop, then at the brick-and-mortar location, where he gave the restaurant two stars.

And now the accolades for Animo are mostly coming from Instagram and Sonoma locals clamoring to try the new spot.

The restaurant’s intimate space itself — once a series of pop-up and dive spots — has cleaned up nicely but could still use some sexier lighting. But hey, the meat is good, as are the gambas (shrimps) à la Basque, the lobster with XO sauce and the manilla clams with chorizo. And everyone seems to want to order the whole grilled turbot, which seems like a lot for two people.

We can only hope that some of the dishes Wells loved from Mu Ramen, none of them directly Japanese, might sneak in here too – like a quote-unquote “okonomiyaki” which was a corn pancake topped with smoked trout and foie gras maple syrup.

But for now, it’s a great date spot and a good way to impress any meat (or grilled fish) lover.

And yes, they have Basque cheesecake.