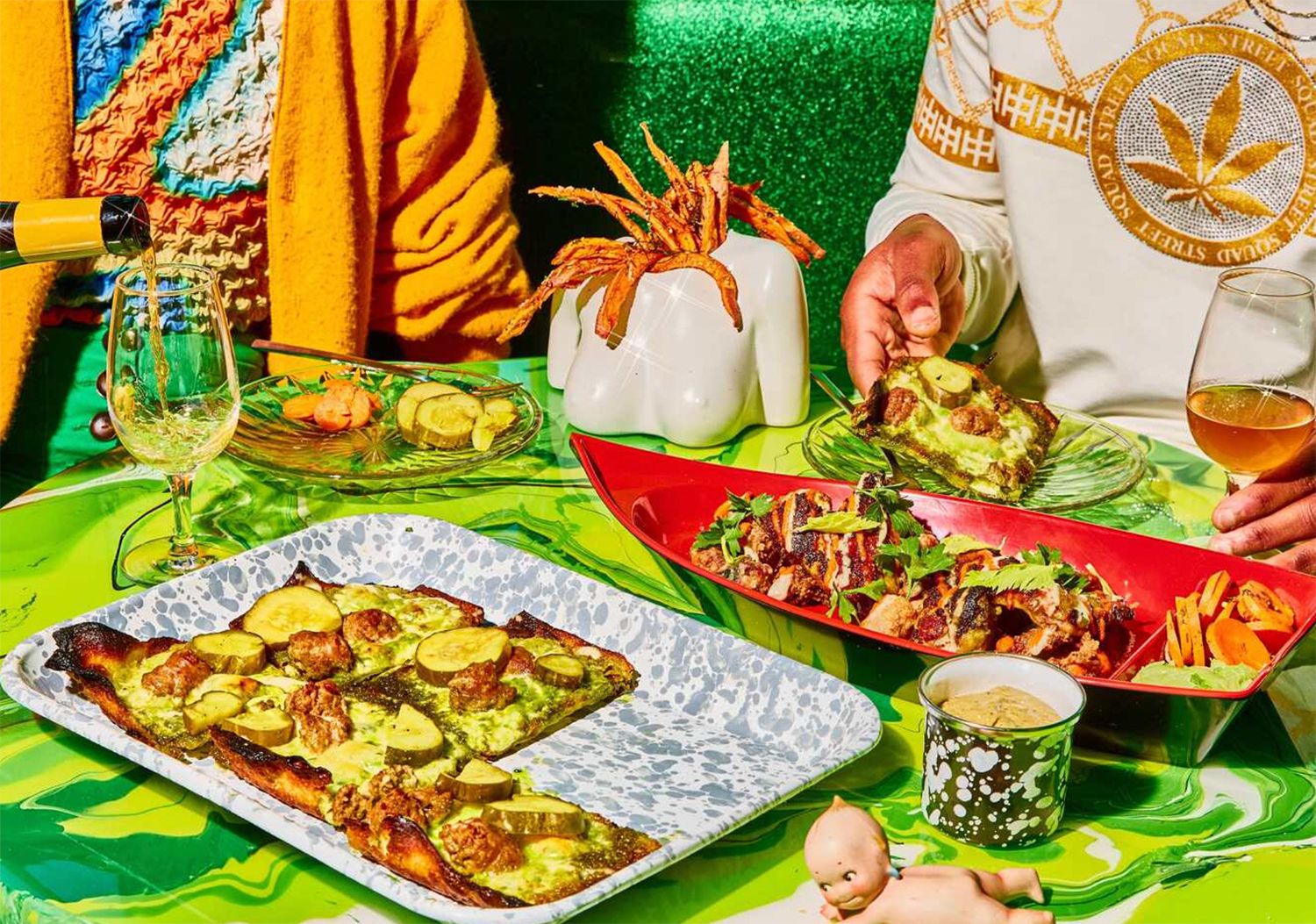 It’s time we relaunched this weekly roundup of food and restaurant news from SF and around the Bay â€” now that there’s a real, steady stream of restaurant news coming back down the pike.

Oof, it’s been a tough few years on the local food scene. And while we probably shouldn’t complain given the sheer number of semi-miraculous survival stories – and since it’s a pretty wealthy place that loves its restaurants pretty hard, maybe it was more about GoFundMe miracles – there have certainly been some losses. Just last week, we learned that AL’s Place was closing its doors, not for pandemic reasons, but possibly for the Great Resignation; and this week it was Manresa, with chef David Kinch saying he had run out of foodie energy in him.

But below is some good news to help you get through your weekend:

Bar Piccino, the new neighboring offshoot of the mainstay of Dogpatch Piccino, opens tonight at 1003 Minnesota Street. As the the team tells Eater, it’s not exactly Piccino, but a sister concept with a smaller menu, coupled with a new drinks menu from bar manager Andi Miller, formerly of Arguello and Third Rail. The drinks are anchored by multiple variations of Negroni, as well as tequila and mezcal creations, and Miller is creating “a superhero appetizer” in the form of a red bitter that will be a homemade concoction used in multiple drinks. . And the menu is snack-focused, with whipped bologna, potato tostone with salmon roe, and tempura-fried maitake mushrooms. Bar Piccino will be open from 4 p.m. to midnight on Fridays and Saturdays and from 4 p.m. to 10 p.m. on Sundays, Wednesdays and Thursdays.

The somewhat divisive new NFT-backed Japanese restaurant and private club SHOhad a groundbreaking ceremony last week at Salesforce Park. SFGate faked the event and the whole restaurant pitch, which is, admittedly, a bit silly/asshole like so much NFT stuff. Questions remain as to the extent of verification that is going to be performed on the membership itself, particularly when NFTs that grant membership are resold – as writer Alex Shultz puts it, “In other terms: what happens when real shit takes hold of an aftermarket membership?” But SHO Group CEO Josh Sigel assured reporters there would be “terms and conditions” that all members would have to abide by. Basic subscriptions cost $7,500.

Reem’s California, chef Reem Assil’s famed Mission District bakery/cafÃ©, is opening a new location in the Ferry Building. As the Chronicle reports, Reem’s will take over the former Cowgirl Creamery stand in the food hall by the end of September. You can expect cold infusion of cardamom, pita with muhammara and new dishes.

Hi Felicia owner Imana made what appears to have been a premature announcement this week regarding the opening Sluts, a wine bar, in the former Destino space on Mint Hill. Fast forward a few days and he turns out the lease negotiations failedso she’s back looking for a space in SF or Oakland for the natural, friendly wine bar with food.

At the Chronicle food counter, Soleil Ho submitted his opinion of Shuggie’s Trash Pie and Natural Wine (3349 23rd Street), and it’s not quite a rave. It may be “a flawed restaurant,” writes Ho – citing less-than-great square pies with soggy middles, and appetizers meaning more to Instagram than your mouth. But it’s nonetheless “a success as a branding exercise”, and it’s both “a very visually stimulating restaurant and a hands-on demonstration of how to creatively deal with food waste”.

The one and only Iron Chef, Masaharu Morimotois about to open Row of Momosan Santana in San Jose, the latest outpost of his sake and ramen chain that has locations in New York, Seattle, Waikiki and a few other cities. As Hoodline reportsthe Morimoto Bay Area’s second restaurant after Morimoto Napa is set to open September 3 in the former Pasta Pomodoro space at the corner of Olsen Drive and Santana Row.

And, a famous ramen chain from Japan, Taishoken, just opened its second US location in SF’s Mission District at 665 Valencia Street (the former MAU). The restaurant, known for its $35 lobster ramen and tsukemen bowls, Tokyo-style ramen with broth on the side, opened last night (August 25), as the Chronicle reports.

Rasam: the Indian version of comforting and panaceous chicken soup

Boris Johnson denounces the “cultural vandalism” of Russia in Ukraine