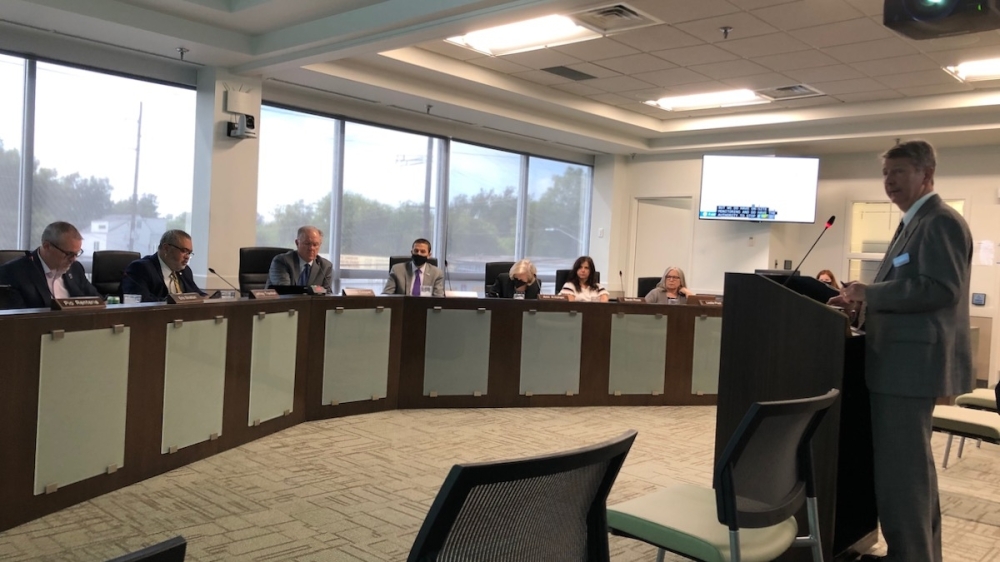 While much of the enthusiasm for the Connect project is focused on adding two light rail lines, the $ 7.1 billion transit initiative will also make a significant investment to expand the Capital Metro’s MetroRapid bus system.

As part of this growth, Capital Metro’s board of directors approved $ 50 million in funding for MetroRapid infrastructure projects at its October 25 meeting. These infrastructure projects include the addition of 106 new stations over the next three to four years, as well as new parks and rides at Expo Center, Goodnight Ranch and McKinney Falls.

Capital Metro has two MetroRapid lines, which connect Tech Ridge to Southpark Meadows (Route 801) and from the Domain to Westgate Transit Center (Route 803). As part of the Connect project, Route 803 would extend to Oak Hill and Menchaca.

The massive transit program would add three new routes, including the Pleasant Valley route from Mueller to the Goodnight Ranch Park & ​​Ride, and the Expo Center route from East Austin to the University of Texas and downtown. These projects are expected to be completed in 2023, according to documents from Capital Metro.

It would also add a gold line from Austin Community College’s Highland campus to Republic Square. This segment could potentially be converted to a light rail line, according to the Project Connect website.

In addition to the new stations and amusement parks, the project will also include charging stations for electric buses, improvements to existing bus stops and transit hubs.

“We will also be building electric charging stations, so in addition to being able to charge electric buses at the site, we also need to have charging infrastructure on the road,” Cartwright said.

Who decides what on Project Connect

The vote also raised procedural issues around which the government agency has the power to make decisions on Project Connect.

Three government agencies are participating in the realization of this major project: Capital Metro, the city of Austin and the Austin Transit Partnership. To solidify the decision-making process, the three governing bodies are in the process of creating a joint competence agreement.

After questions about the safety oversight of the project were raised during the public comments, board member Ann Kitchen, who also sits on Capital Metro’s board of directors, said she wanted to make sure the voting was following the correct procedure and raised concerns about voting before joint credentials. approval of the agreement.

“My question today is a matter of process, because we’re taking it out of order,” Kitchen said. “I thought it was an easy thing to add, for all of us to say, ‘Well, yes of course, we will abide by the decision of the three councils.'”

Other board members said Capital Metro already has the power to make decisions, such as approving MetroRapid funding.

“The voters have already decided, and if we are talking about trying to re-legislate the contract with the voters, [that] I’m concerned as well, because voters voted over 50% to adopt it and do it first, ”said Eric Stratton, member of the board of directors of Capital Metro.

Capital Metro, Austin Transit Partnership and Austin City Council are expected to vote on the partnership agreement at a joint meeting on October 29.