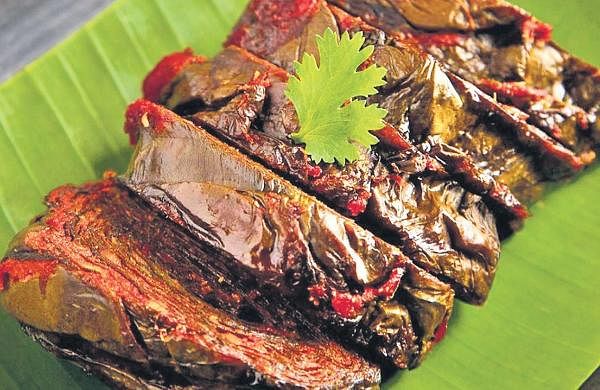 BENGALURU: It’s safe to say that the palace of the Bengalurians has changed during the pandemic. From knowing the ingredients to tasting fusion dishes, the combination of comfort food and the health factor has clearly taken over. And the chefs, too, are reinventing some of the popular regional dishes with dishes they’ve already served in the restaurant.

Chef Naren Thimmaiah, Executive Chef of Vivanta Bengaluru Residency Road, explains that they always add a few new dishes every now and then to Karavalli’s menu. â€œEven though that’s not true, people assume Mangalurean cuisine is all about seafood. However, since the pandemic hit, we’ve seen an increase in demand for vegetarian options. We have tried to adapt some of these vegetarian dishes to our menu while keeping the emphasis on Mangalurean cuisine, â€he says.

Patrode (steamed savory cakes made from rice and colocasia leaves) and pundi (rice balls) are favorites these days, says Thimmaiah. â€œThe concept of entrees doesn’t really exist in South Indian cuisine, but we’ve adapted some of the dishes that we otherwise have as main dishes to create entrees,â€ he adds.

Chef Suresh Pillai of Chef Pillai restaurant, now open in Whitefield, takes fusion to another level. Along with its signature dish Fish Nirvana, which is always a favorite among customers, the menu includes North Indian dishes with flavors of Kerala. He explains: â€œPani puri is a favorite dish but it is not a Kerala dish. So we innovated the concept of pani puri to have mango pickle instead of potato and use sambaram (Kerala style butter) as a liquid.

And for those who love street food, they can enjoy a sweet and tangy version with our banana fritter chaat. The combination of the two cuisines has given more reasons for people to enjoy Kerala dishes. â€œOur Inji Puli Chicken Wings are a humble take on the popular barbecue chicken that everyone loves. So you get the whole experience of juicy and crispy chicken, but with the spiciness and spiciness of inji puli that replaces the flavor of the barbecue, â€he explains.

The demand for bread on sweet dishes has also increased, according to chef Avin Thalaiath of Lavonne India. â€œIn fact, baked goods have seen huge demand since last year. Sourdough is one of the products that people are obsessed with, mostly because it’s healthy and made in the most natural way possible, â€he says. In addition to pastries, as Pillai mentions, local flavors also seem to be sought after in these offerings.

â€œOur Kerala onion, ham and cheddar croissant, as well as tomato and feta danishes are popular sellers. People love the onion croissant in Kerala because we give it a warm touch. The tomato we use for the Danes is also grown locally in Bengaluru. The idea is also to focus more on artisanal food and encourage sustainability, â€says Thalaiath.