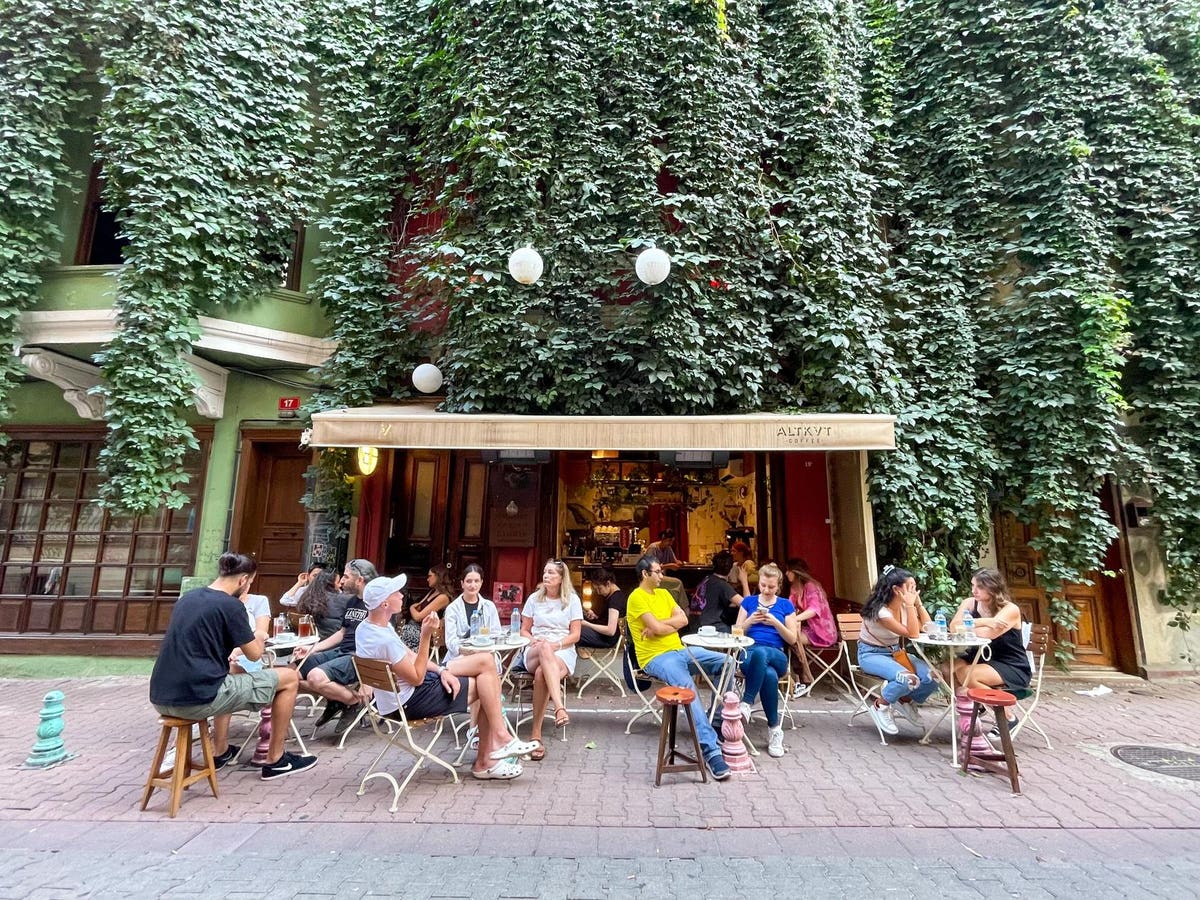 A concierge acts as the first point of contact between guests and a hotel. They are responsible for answering customer inquiries, making reservations, providing advice and clearly marking upside down cards. I’ve encountered my share of superficial concierges, lavishing cookie-cutter advice on every guest. So when I find a passionate team that listens and creates a bespoke plan based on their collective breadth of knowledge about the city, I recognize what a gem they are to both the property and the guests. This column is dedicated to these stars of the industry.

Recently I found such a star team behind the concierge at Four Seasons Istanbul Hotel Sultanahmet.

I visited the newly renovated property with my husband in early September. With a previous trip to Istanbul under my belt, which included visits to top attractions near the hotel such as Hagia Sophia, the Blue Mosque, and the Grand Bazaar, I wanted an insider’s look at a neighborhood that tourists rarely visit.

Sabuhi Yavuzer, the young janitor at the office, had a thought. As a resident of Kadıköy district, he asked me if I had ever visited the Asian part of Istanbul. Istanbul, the fifth largest city in the world in terms of population, spans two continents separated by the Bosphorus Strait: half is in Europe, the other half in Asia.

Located on the coast of the Sea of ​​Marmara, the Kadıköy district and its Moda district in particular, have exploded in popularity. Young people flock to Moda for its relaxed atmosphere. It is widely seen as more artistically and socially free (see plethora of drinking establishments), at least Sabuhi described it diplomatically, avoiding taking a position on politics.

Sabuhi and his colleagues Alper Gunalp, Asena Su Demir and their manager Derya Kocak, all contributed ideas and directions on the ferry. Sabuhi even provided his Whatsapp number so we could create the perfect itinerary once in the field. In other words, the team went above and beyond office duty.

To get to Kadıköy, jump on the tram at the Sultanahmet stop near the hotel, then take a ferry at the Eminönü stop. The 20-minute ride makes frequent runs across the strait a fun activity in its own right. Once in Kadıköy, we walked through the busy streets full of restaurants which eventually merged into the border of Moda. You will know when you hit Moda. Filled with cafes, bars and restaurants, it looks a bit like New York’s East Village.

Here’s a guide to the best places to eat and drink, courtesy of the concierge team at the Four Seasons Hotel Istanbul in Sultanahmet.

For Restaurants and cafes

Considered the best “wine house” in Kadıköy, according to Sabuhi. As I walked around, the large garden with plants caught my eye as the main attraction of this restaurant-cafe-bar. A mixed menu of Turkish and international dishes ranged from salads to meze to steak. Skip the house wine and order from the bottle list that hints at regions of Turkey you won’t find back home.

“Ciya offers the kind of cuisine we grew up with,” Sabuhi said. Indeed, owner Musa Dağdeviren has been collecting home-style heritage recipes from across the country for 25 years to serve at three nearby establishments in the same neighborhood, Kadiköy Market. The menu changes frequently and has been dubbed, as The New Yorker describes it, the “laboratory of Anatolian cuisine,” an “ethnographic museum,” and a “garden of lost cultures and forgotten tastes.”

Your Coffee A cozy interior adorned with vintage wooden chairs and a small red linen-canvas bar add charm to this all-day coffee and cocktail bar. Enjoy a breakfast of coffee and pastries, sample fresh salads for lunch, or stop in the evening to sample Turkish comfort food, pasta, and tasty drinks. It is a sister restaurant to the popular and creative breakfast spot Dün.

Montag Moda Turkish people love coffee, a fact you’ll confirm after just a five-minute walk down any street. ut Moda offers the best in town, from design to coffee quality. Montag embodies the coffee of the new or third wave that proliferates throughout the city. The glass facade of this coffee roastery seems straight out of Copenhagen.

Rafine espresso bar If you prefer filtered espresso and fresh pastries with your caffeine, Rafine is your spot. The company also roasts its own beans that you can buy to take home as a souvenir of Istanbul’s coffee scene..

Fil Bistro Mode Fil Bistro resembles the kind of crowded three-story bar you’ll find in Thailand, a suggestion implied in part by the elephant motif. A decent beer list is complemented by cocktails and bar fare ranging from pizzas to mezes.

Ayi Moda With few places to drink beer in the city, let alone drink craft beer, let alone find an IPA made by a Turkish brewery (just to say), Ayi Moda stands out on a street of bars. Best known for the music, it attracts a small crowd that pours into the street.

Mathilda cocktail bar The dark bar might seem ho-hum, but you’ll soon forget after the sun goes down and a gorgeous, creative cocktail lands in front of you. The staff have a reputation for being fun and friendly and ready to whip up a bespoke drink with a little input from the guest.

For the ice cream

Meşhur Dondurmacı Ali Usta With nearly two dozen flavors to choose from (pistachio for the win), it can take a minute to decide — and get through the notoriously long queue. Once you’ve done so, take a stroll through the seaside park frequented by locals for a 2-euro Turkish tea to accompany your cone and waterfront view.