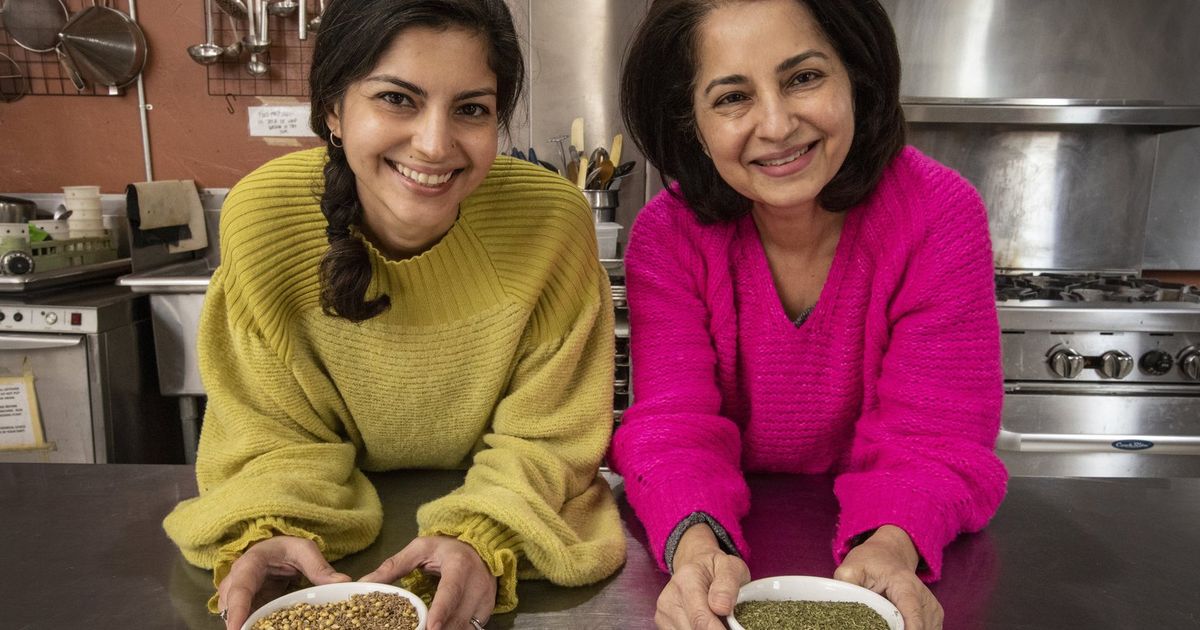 KAUSAR AHMED IS on a mission to teach people about the cuisine and culture of Pakistan. Born in Karachi, the country’s capital, Ahmed is a lifelong chef, food stylist and instructor. She has taught countless people how to cook through home-schooling and a TV show in Karachi.

Since moving to Seattle four years ago, she has worked as a chef instructor with Project Feast, a Kent-based nonprofit that helps refugees and immigrants “transform their lives by providing towards sustainable employment in the food industry”, and she teaches. through PCC Community Markets.

The first thing she noticed when she moved from California to Seattle was the absence of Pakistani restaurants. Despite a growing Pakistani community in Seattle and Bellevue, there was a general lack of awareness of Pakistani culture and cuisine, in Ahmed’s eyes.

“I really felt like I had to make it a point to talk about it; how are we different, what is Pakistani cuisine and how does it stand out,” Ahmed said in a recent phone call with his daughter Sadaf Ahmed.

At the instigation of Sadaf, a long-time artist and designer, Kausar published a cookbook in 2017 called “The Karachi Kitchen: Classic and Contemporary Flavors of Pakistan”. The book is a collection of family recipes passed down from generation to generation and stories of Kausar’s life as a cook and mother.

In 2019, the mother/daughter team launched their biggest project yet – aimed at educating people about the flavors of Pakistan – a range of chutneys and spice mixes, also called Karachi Kitchen. Kausar provides the cultural expertise and Sadaf is responsible for the packaging design and their website. The project started with Spicy Green Coconut Chutney – one of the recipes in the cookbook – and quickly grew to include a full range: Tamarind Dates, Spicy Plums and Spicy Mango Chutneys; and mixtures of chaat, fish, roast beef, garam and smoked tandoori masala.

The flavors of Pakistan are often confused or misidentified as belonging to Indian cuisine – a mischaracterization that Kausar encountered frequently. She laughs as she tells the story of a man who hired her as a personal chef who kept asking her for Indian food, and how she had to remind him that she was Pakistani.

While there are some similarities – after all, Pakistan was once part of British India until partition in August 1947 divided the region – the differences are what Kausar wants to point out.

“There are spices that are more present in Indian cuisine than ours, like asafetida and a lot of turmeric, which we don’t use as intensely. It’s not just the flavors; it’s also the aroma,” says Kausar.

“For me, flavors are everything,” adds Sadaf.

Kausar isn’t trying to define Pakistani cuisine – there’s no way to distil it into one thing. On the contrary, each region has specialties. Karachi is a port city that emphasizes seafood dishes. So the spice mix for fish masala, designed to be used as a marinade, combines fenugreek, coriander, black pepper, chili flakes and dried lemon with sugar, cumin, cinnamon and chaat masala.

“Chutneys and relishes are an integral part of our culture. We must have some on the dining table. Growing up, I did, and so did my mom,” Kausar says.

The chutneys in the range are designed to further enhance the flavors of rice dishes, curries and stews.

While they’ve received tons of positive feedback from other Pakistani immigrants in the area, Kausar laughs when she says she tells them, “You’re not my target market!”

Their products are available at farmers’ markets and online, and Sadaf says she is working on further distribution. “Our primary goal is to distribute throughout Washington State,” Sadaf says.

As well as working on distribution and expanding the Karachi Kitchen range to include even more spice blends and chutneys, Kausar is creating a second cookbook, specifically on the regional cuisines of Pakistan which each have dishes that don’t are not commonly available or known outside of the small communities of it. native country.

Kausar says it’s an ongoing process, but one she enjoys.

“Everyone has their own goals in life, and that’s our goal. It was just wonderful,” Kausar says.

Jackie Varriano covers the neighborhood food scene around Seattle. She loves digging into stories that explain why we eat the things we do – and when – in our region and beyond. Contact her at [email protected] On Twitter: @JackieVarriano. Ken Lambert is a Seattle Times photographer: [email protected]