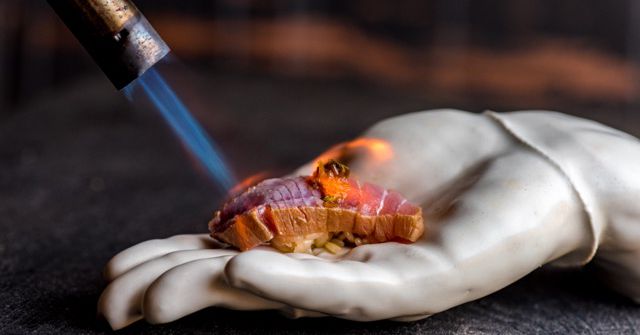 One of San Francisco’s most ambitious sushi restaurants is expanding with a second location ready to serve Silicon Valley tech workers. Robin Sushi of Hayes Valley, which is listed in the Michelin Guide but does not hold coveted stars, will open an outpost at spring linea 6.4 acre mixed-use development in Menlo Park.

In a press release, chef Robin Adam Tortosa and his partner Michael Huffman said they had been looking for the right opportunity to expand with a second location for years; Springline has adapted well in part because many of the restaurant’s patrons come to San Francisco from South Bay. The Menlo Park outpost will offer “iconic Robin dishes,” according to the release, with options for group and private dining. They also plan to build an intimate bar offering a selection of Japanese whiskey and spirits. Drink options will include Japanese whiskey flights, highballs and a cocktail list.

Springline, billed by developer Presidio Bay Ventures as “Sand Hill Path 2.0,” is expected to fully open in the summer of 2022. By recruiting recognizable food and beverage companies from San Francisco and the Bay Area for development, the developers hope to create a new dining hub on the peninsula.