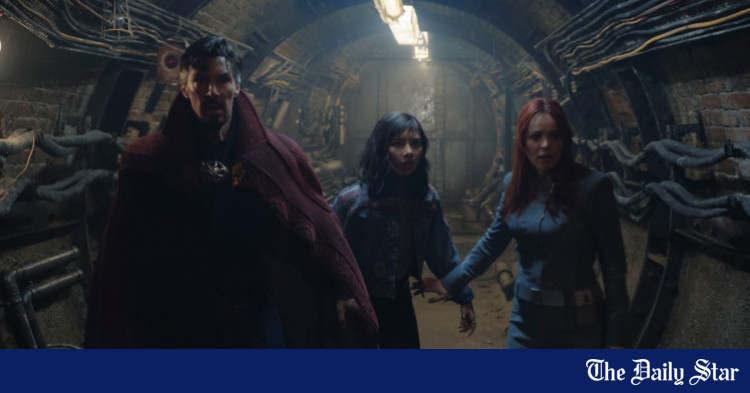 Where is the MCU headed with Phase 4?

MCU Phase 4 first began with various speculations about the film series which culminated with Avengers: Endgame. Now that Phase 4 is nearly complete, it’s worth wondering if the critics were right all along.

The multiverse saga started off strong with the first Disney+ shows and feature films being received quite positively by the fan base. As independents, shows like Wanda Vision and Loki did a spectacular job in building the titular character. Shang-Chi and the Legend of the Ten Rings was praised for the solid debut of a new hero and Spider-Man: No Coming Home makes the perfect tribute to a fan-favorite character.

For all the latest news, follow the Daily Star’s Google News channel.

But, as Phase 4 progressed, the interconnected weaves that hold the universe together become murkier, and it becomes more difficult to draw a connection between any of the versions. That’s not to say it’s absolutely necessary to have interconnected shows and movies, but given that this is The Multiverse Saga, the MCU should make a connection at some point. Right now, with each of the shows and feature films seemingly set in completely alienating worlds and ending with their own cliffhangers, it’s hard for fans to imagine how it all pans out.

The Falcon and the Winter Soldier ended with Sharon Carter being revealed as the Power Broker and infiltrating the US government. One of the first cinematic releases, Shang Chiended with the Ten Rings acting as a beacon of sorts leaving the characters puzzled as to its origin. Loki ended with the timeline branching out of control, hinting at a Multiversal War, which fans expected to see more of lately Doctor Strange in the Multiverse of Madness. But the movies and shows that followed such a catastrophic event seemed to continue in their own bubble unaffected by the events of the Time Variance Authority (TVA) at all. Doctor Strange 2on the other hand, ended with Stephen Strange following a mysterious character in an unknown adventure.

These are just a few of the more debatable cliffhangers out there, which begs the question, “How does it all fit together?”.

Now, obviously, cliffhangers are necessary to keep audiences hooked on the story and keep coming back for the sequel. But when all the stories end in major cliffhangers, most of them not being handled properly, which the MCU has done in the past (what happened to the evil Mordo?), it ends up become a cheap tactic to retain fans.

Besides the cliffhangers, the expansion of the cinematic world to the extent that Marvel has inevitably led to various plot holes. Most of these inconsistencies are impossible to resolve and fans would just have to gloss over them.

In MCU of the past, even with standalone movies, there seemed to be consistency between storylines, which is completely untrue in Phase 4. figure out where it’s going with the story.