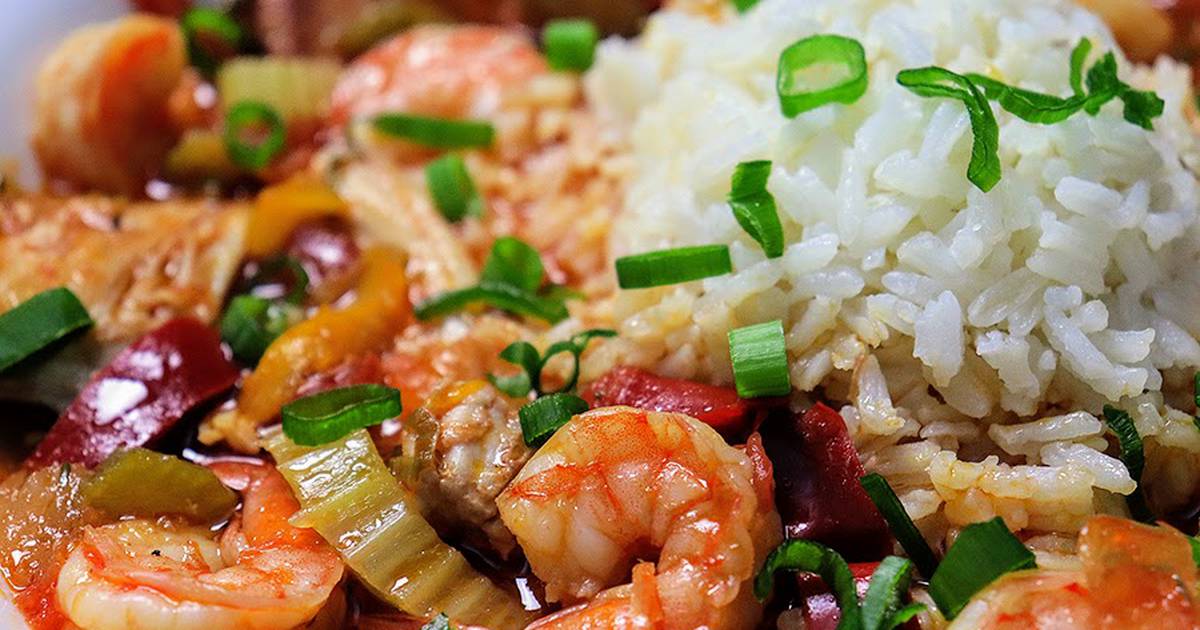 Next Tuesday, March 1, is Mardi Gras. It calls for a celebration, and in true New Orleans fashion, everyone is invited.

“Mardi Gras” is French for “Fat Tuesday,” the last day to indulge before Ash Wednesday, which begins the abstinence and fasting of Lent. Celebrate that last hurray like a NOLA native with this frugal and fabulous jambalaya.

Jambalaya – pronounced “jum-buh-LYE-uh” – is an ideal example of the rich and robust style of Louisiana Creole cooking.

This recipe is a Creole dish, referring to the first French settlers who came to Louisiana. Creole cuisine has its roots in Spanish, French and African cuisines.

This traditional stew combines rice with vegetables, meat, poultry and shellfish, usually shrimp or crayfish. When you’re looking for a vibrant party dish to serve your friends, look no further.

Like many traditional specialties, the recipes vary from cook to cook. However, most start with the “holy trinity” of Creole cuisine: 50% onions, 25% celery and 25% green or red peppers, although the proportions can be changed according to taste.

Andouille – pronounced “an-DOO-ee” – is also key in jambalaya – the sausage, which has a spicy kick, giving the dish its signature depth of smoky flavor.

Several national sausage brands offer andouille, so it shouldn’t be hard to find some. If you can’t find one or prefer a milder sausage, substitute kielbasa or another smoked sausage.

This is where I break with tradition. Usually the rice is cooked in the stew. I cook my rice on the side because this recipe makes a good amount and there are usually leftovers.

If the rice fits in the stew, it soaks up all that delicious liquid and becomes mushy. It’s still delicious, but not as visually appealing.

I also use a mix of frozen peppers and onions because it’s convenient and cheaper.

Serve with cold beer and cornbread for the perfect pairing.

1 pound chicken, pork or a combo – cut into 1 inch cubes

Thaw pepper mixture and shrimp, if frozen. In a pot or Dutch oven, over medium-high heat, melt the butter. Add sausage and cook until fat is melted. Add the cubed meats and brown for about five minutes, stirring occasionally, adding salt and pepper to taste.

Add the pepper and onion mixture with any liquid, the celery and the white part of the green onions. Cook the vegetables for about five minutes, stirring and scraping the bottom of the pan. Add diced tomatoes, tomato sauce, garlic, bay leaf, Old Bay and thyme. Cook and stir for about five minutes.

Add chicken broth plus 1 cup water and pepper sauce if using, and bring to a boil. Let simmer uncovered for about 20 minutes. Meanwhile, cook the rice.

Just before serving, add the shrimp and cook until they turn pink, about three minutes. Do not overcook. Serve over rice. Garnish with green onions.