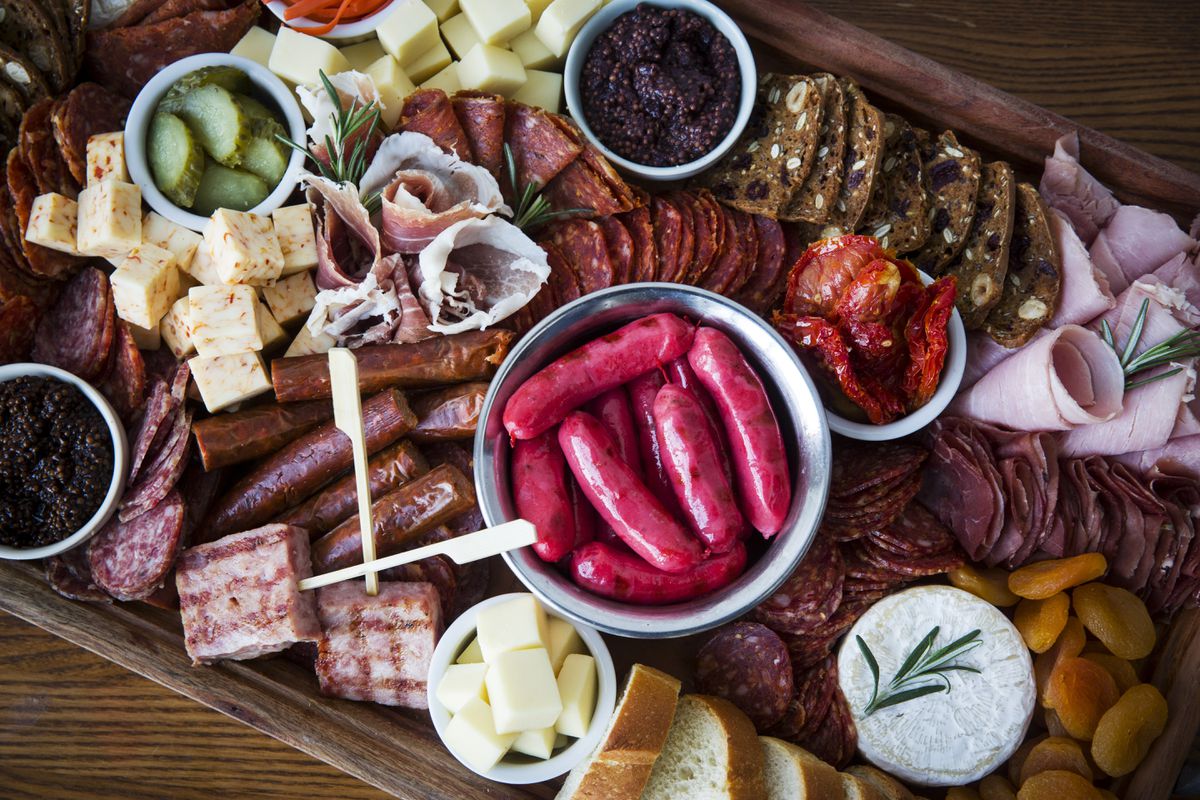 As much as plant-based creations take center stage, the deli world is alive (and thriving) on ​​the Prairies. Sure, there are plenty of decades-old butcher shops that make their own fresh and cured meat products on-site, and newer local favorites such as Calgary’s Empire Provisions and Edmonton’s Meuwly’s, but there are always room for more creative people in this corner of the restaurant industry.

Take Neil Malik for example. The industry veteran has worn a variety of hats in his hospitality career over the past 20 years. From owning his own bar in Saskatoon in the mid-2000s to working at several popular restaurants after moving to Calgary in 2013, he’s now found his perfect partner: making deli meats.

After completing the Southern Alberta Institute of Technology’s Butchery and Deli Management program in 2018, Mr. Malik became a production manager for one of Alberta’s largest hospitality companies. At Groupe Concorde, his skills are used for a wide range of creations that can be found on various restaurant and bar menus across the city. He and his team prepare fresh sausages used in iconic dishes such as Lulu Bar’s char siu hot dogs, the jerky pepperoni that adorns the tops of pizzas at the National Beer Hall and also in the popular pepperoni jam of Major Tom.

This kind of in-house work is rare, though essential for a hotel group that operates some of the best restaurants in town, in order to maintain the chef advantage that most are known for.

“My team and I are the producers of most of the sausages and charcuterie you’ll find on Concorde’s menus, so we consistently produce consistent quality items at very high volume,” says Malik. “Since things like salami need to ferment and dry out for a while, I always have to think about a month.”

Mr. Malik’s day-to-day operations take place in the former Mill Street Brewery space at the end of 17th Avenue SW. Here, he works on the meaty elements that are essential for today’s menus while experimenting with concepts brought to him by a variety of chefs, including the group’s Vice President Culinary, JP Pedhirney.

“The chef had the idea of ​​trying a 100-day aged bacon that I dried in a mixture of tamari and mirin. It went really well,” says Mr. Malik. “Since fermentation is such an important part of the deli-making process and past lockdowns have left me plenty of time to test things out, I’ve also managed to make things like yellow pea miso, which is now part of a dish at Bridgette Bar.”

He says he’s lucky to have such a unique role in the restaurant industry and notes that a high-quality life has resulted from his position as a deli forward-thinker, working during the day. from Monday to Friday.

Tyrone Welchinski of Winnipeg is another hospitality veteran who has changed the course of his career over the past two years. After being a mainstay in Winnipeg’s food scene for many years as a chef at popular spots such as King & Bannatyne and Nonsuch Brewing Co., Mr. Welchinski left the kitchen side of the industry to focus on the art of charcuterie.

Before saying goodbye to the cooking line, he was also well known for his ability to create dynamic charcuterie. Today, he operates an eponymous meat company, Welchinski’s, which produces everything from free-range bison pepperoni to mushroom salami (made with locally picked mushrooms).

The chef’s business debuted in 2021 and gained rapid popularity. You can find its products in many stores around town such as Mottola Grocery at Hargrave St. Market among others.

“It is a privilege to have access to [locally raised or grown ingredients] in Manitoba. …Among those producers are a handful of farmers raising heritage breed animals in the open, growing their own organic food, and replenishing the earth’s nutrients through regenerative farming practices. These are the animals we like to find,” says Welchinski.

While a butcher shop isn’t in his immediate future, the chef is happy to contribute to Winnipeg’s electric and ever-growing food scene in his own remarkable way.

Headed west, Jordan Lohneis is considered one of Saskatchewan’s finest butchers. Originally launched in 2015, The Pig and Pantry in Saskatoon grew slowly and steadily until it transformed into a full-service butcher and deli in the fall of 2019. It had just enough time to navigate with bricks and mortar before the pandemic. started presenting obstacles in 2020.

He attributes much of the quality of his products, which include items such as jowl bacon and roasted garlic salami, to the passionate farmers from whom he acquires his animals. The phrase “know where your food comes from” is all the rage, but for Mr. Lohneis, it’s a state of mind.

“Many farmers in Saskatchewan do great work, just find them, befriend them and pay them fairly,” says Lohneis. “Grazing animals are not just a [meat option]when raised well, they also taste better.

Although its offerings have grown much broader since its humble launch nearly seven years ago, Mr. Lohneis’ mantra of working with whole animals and creating everything from scratch has never wavered. While deli meats are just one component of his store’s business these days, he says the “start-to-finish” process he and his team follow at Pig and Pantry resonates with locals. Saskatoon.

“There’s a lot of work, and literally heavy lifting, going on behind the scenes to make sure your food gets to your plate. Lots of hard working people like delivery drivers, slaughterhouse staff, farmers and our great staff,” says Lohneis. “Maybe we have the human touch? Some things just can’t be replicated by machines. … Not yet anyway.”

We have a weekly Western Canada newsletter written by our British Columbia and Alberta bureau chiefs, providing a comprehensive package of news you need to know about the region and its place in the issues facing Canada confronted with. register today.

A cultural carnival to change the mindset of corps members about culture and traditions, according to the NYSC

Dinner sorted: easy dishes from around the world