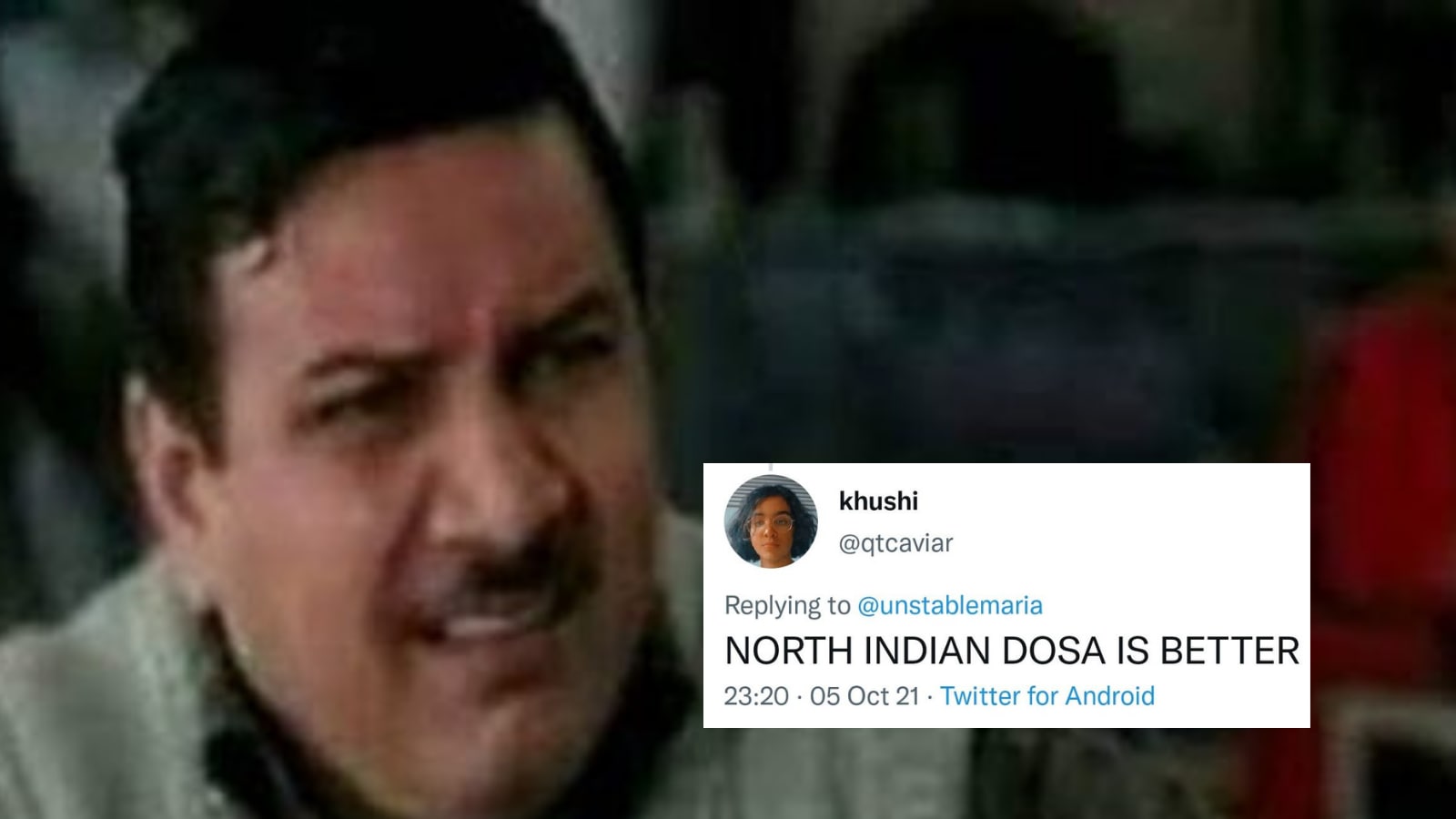 Most people in India tend to be sensitive to their regional cuisine. It has become quite common for people to become overprotective about a certain dish that their region is known for. We all know what people in the south of our country think about Dosa, which remains one of the most popular dishes in the region. So when a Twitter user said that North Indian dosas were better, shots were fired at the microblogging site, with people lambasting the opinion. While typical southern dosas are usually a crispy potato-filled dough served with sambar and coconut chutney, popular food vlogs tend to show that northern dosas are overloaded with cheese and sometimes even cheese. chocolate. better is difficult to digest.

It all started when Twitter user @qtcaviar tweeted: “NORTH INDIAN DOSA IS BETTER”.

I’m North Indian and I know my opinion means shit in this dosa talk, but I ate dosa in Kerala when I was 11 and still dream of it. Ofc, the best dosa is found in South India. – Paanda for PM 2069 (@PandasDontSmoke) October 6, 2021

In a recent attempt to kill a beloved dish, a Bengaluru restaurant has gone viral for serving idli on an ice cream stick. Twitter user BrotherToGod took to the microblogging platform to share a photo of the odd combo. In the photo, three idlis on sticks are placed on a plate while another is dipped in a bowl of sambar. There’s also the usual coconut chutney placed next to it. The usual dish garnered a lot of attention on social media and sparked debate, with some loving the idea, while others slammed it.