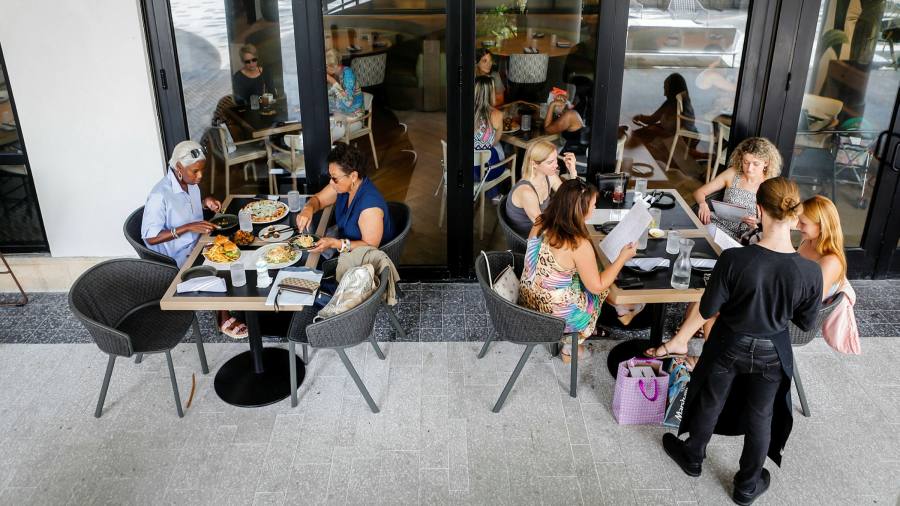 The Australian Medical Association said on Thursday that hospitals across the country were “ill-prepared” to reopen according to government plans, as the country reported a record number of Covid-19 cases.

More modeling was needed before the country could consider easing restrictions, the association said in a letter to state and national leaders.

Australian virus hotspots in New South Wales and Victoria on Friday reported 1,431 and 280 daily cases, respectively. New South Wales’ total was a national record, while Victoria’s was the highest it has seen since the start of its last outbreak.

“We urgently need to prepare our health system before opening it and to do this we need new modeling based on the capacity of our hospitals to cope with the resulting increase in the number of cases. “said WADA President Dr Omar Khorshid.

“Even before Covid, emergency departments were full, ambulances crowded and wait times for elective surgery too long.”

As part of the national government’s plan to reopen Australia’s economy, closures will be relaxed once the country hits 70% vaccination, while all travel restrictions will be lifted to 80%.

However, Prime Minister Scott Morrison said the decision on when and how to unlock rests with state premiers, many of whom were increasingly skeptical of the plan.

Queensland Prime Minister Annastacia Palaszczuk on Friday joined a growing number of state prime ministers who expressed doubts about the nation’s plan to reopen as cases continued to rise.

She said she wanted to see more models of the virus’s effect on children before considering opening up to states with more severe outbreaks of the virus, such as Victoria and New South Wales.

“I’m asking very simple questions here of Scott Morrison and the National Cabinet,” she said. “I want to see more detailed modeling, it is only fair and reasonable that we have a constructive debate in this country.”

His comments drew a rebuke from Federal Health Minister Greg Hunt, who previously said Palaszcuk’s claims that children could be at risk were “false, false and inaccurate.”